Continuing to serve 50 years after Vietnam

Continuing to serve 50 years after Vietnam

Veteran’s commitment to service extends to patients at Norton Healthcare 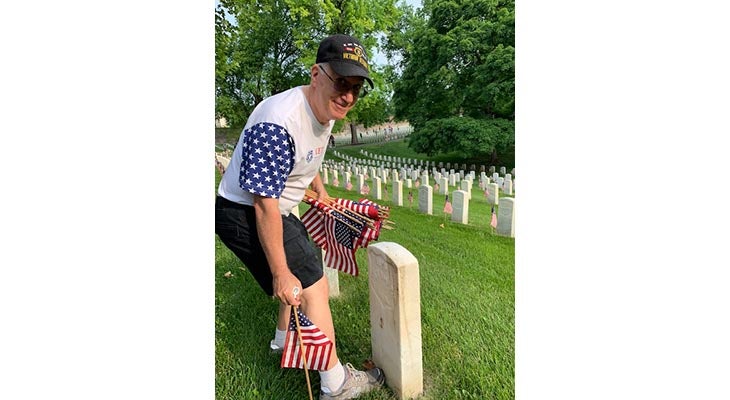 Tim is a senior developer in Norton Healthcare’s information services department. He recently marked the 50-year anniversary of his return from Vietnam with a commemoration that included co-workers at Norton Healthcare.

“There are certain events that stand out in a person’s life,” Tim said. “The process (of celebrating his return anniversary) helped carry me through a difficult time of looking back and to refocus on the opportunities to serve that lay ahead.”

Tim was a combat engineer in the U.S. Army during the Vietnam War and was a sergeant at the time of his discharge. He grew up in a family of veterans and lost a brother in the Korean War.

“Joining the military when I could have accepted a deferment from the draft was the beginning of molding me into someone who looks past himself in the service of others,” Tim said.

Anyone who has spent time with Tim quickly realizes how important his service to his country is to him. And, that service now extends to the work he does supporting patients at Norton Healthcare, according to his supervisor, Jeff Schwitters.

“His desire to help, to be part of a team, to mentor others and to lead efforts to improve patient care are traits that allow him to succeed in his role on a daily basis,” Jeff said.

Continuing His Service to Others

For Tim, being part of a supportive team and a faith-based organization continues to fulfill his calling to serve.

“I believe because of [Norton Healthcare’s faith-based history], I and others are not just caring for patients, but serving them through every aspect of our employment,” Tim said.

“There I sat in a meeting discussing how extracting and analyzing data … was going to change treatment protocols and the long-term outcome of these little babies,” Tim said. “My work took on a new meaning that day.”