Copper IUD: Is it for you?

Copper IUD: Is it for you? 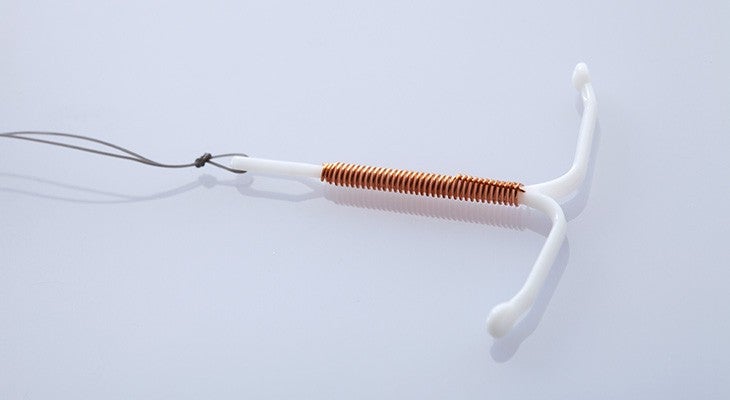 Intrauterine devices (IUDs) are an increasingly popular form of birth control. The devices offer long-term, reversible birth control that can last from three to 10 years depending on the IUD type. The copper IUD is gaining in popularity as a nonhormonal IUD option and can be inserted for up to 10 years. What is a copper IUD, and is it for you?

Copper IUD: What is it?

The copper IUD (Paragard) is a T-shaped plastic frame that has copper wire coiled around the frame. When inserted in the uterus, the copper IUD creates an inflammatory process that is toxic to eggs (ova) and sperm, preventing pregnancy. Paragard can be inserted for up to 10 years. Paragard is the only copper IUD available in the U.S.

Benefits of a copper IUD

A copper IUD can be inserted by a gynecologist or OB/GYN in premenopausal people of all ages. Some people choose a copper IUD for benefits including:

Who can get a copper IUD?

While premenopausal people with a uterus may be eligible for a copper IUD, some issues may prevent the copper IUD from being a good birth control choice for you. A copper IUD may not be right for you if:

Copper IUD side effects and risks

“If you are interested in a copper IUD or other options for birth control, talk to an OB/GYN,” said Alexandra Blinchevsky, M.D., OB/GYN with Norton Women’s Specialists. “It’s good to talk about what you’re looking for out of a contraception method and why. There are risks and benefits to every type of contraception, and an OB/GYN provider is best equipped to handle that discussion.”