Cox named one of the Most Admired CEOs in Louisville area | Norton Healthcare Louisville, Ky.

Cox named one of the Most Admired CEOs in Louisville area

Cox named one of the Most Admired CEOs in Louisville area 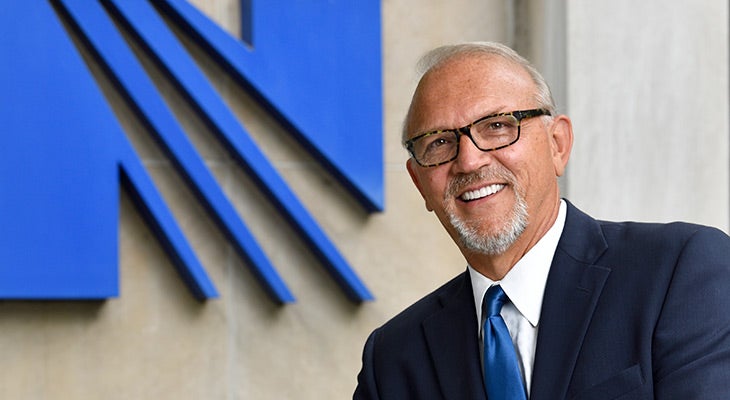 Russell F. Cox, president and CEO, Norton Healthcare, has been named one of the Most Admired CEOs in the Louisville area by Louisville Business First.

Representing the category of very large companies (more than 1,000 employees), Cox is part of the first class of 25 CEOs honored by the new awards program, which focuses on key industries in the city, including health care, manufacturing, construction and more. Winners were chosen by a panel of Business First judges from about 100 nominations.

Cox has more than 20 years of executive experience in health care. Before joining Norton Healthcare, he spent six years as executive director of resource operations at Caritas Health Services in Louisville. Before that, he worked for Humana Inc., Galen Healthcare and Columbia/HCA Healthcare Corp., in various executive roles, including human resources, development and acquisitions, and operations support.

A lifelong resident of Louisville, Cox earned his bachelor’s and master’s degrees from the University of Louisville College of Education and Human Development. He also attended the Vanderbilt University Owen Graduate School of Management in Nashville, Tennessee, and completed the requirements for certification from its Executive Development Institute.

Cox is active in the community. He serves on various nonprofit and volunteer boards, including the Bellarmine University board of trustees and its executive committee; Kentucky Chamber board of directors; Greater Louisville Inc. board of trustees; Louisville Healthcare CEO Council and WDRB editorial board.

Cox and the other leaders will be honored by Business First at an event on Wednesday, Nov. 13, at the Louisville Marriott Downtown.

Louisville Business First will profile Cox and the other CEOs in a special publication on Nov. 15.