Determined to make a change

Determined to make a change

Jenny’s journey to losing 102 pounds (and counting) and crossing the miniMarathon finish line. 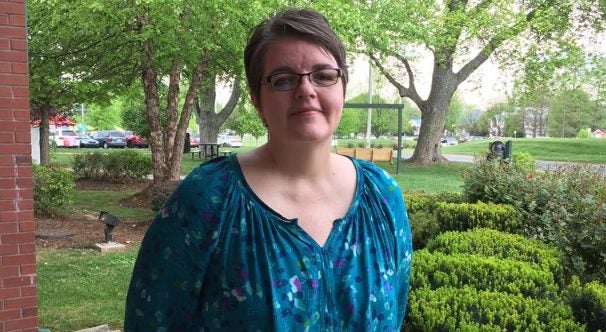 This is a season of firsts for Jenny O’Bryan. She’s at her lowest weight since she was 25 years old and for the first time will be participating in the Kentucky Derby Festival miniMarathon this Saturday, April 30.

For thousands of runners and walkers, the road race is an annual event; for O’Bryan, who has lost 102 pounds over the past year, this milestone means everything.

Her journey to get here began in May 2015. After posing for family photos on Mother’s Day, she saw something she didn’t like.

“I knew I had put on weight, but after seeing myself in pictures I realized I needed to make changes,” she said.

She began searching for the right approach to losing weight. Unexpectedly, she made a connection through a friend of a friend, which brought her to Norton Weight Management Services.

“A friend was telling me about her own success with the medical weight management program. As she described the meal planning, one-on-one meetings with physicians and dietitians, and the individualized approach, I began to picture myself doing these things,” O’Bryan said.

Once enrolled in the program, she worked with a registered dietitian on a personalized meal plan that consisted of 800 to 1,000 calories per day, reducing carbohydrates to 40 gram per day and increasing her protein intake.

“I was able to make these changes by eating six small meals as opposed to three meals throughout the day,” she said. “That is a significant change, but planning and preparing these meals ahead of time, I was able to keep up with everything.”

O’Bryan credits her partner with helping her succeed by doing most of the food preparation all while supporting O’Bryan in making her health a priority.

“Cooking has never been my strongest contribution in our relationship,” O’Bryan said, laughing. “So having Renee support me by creating healthy meals has been wonderful.”

The couple now also exercises together when they can.

“I had to make time for exercise, and sometimes that can put a strain on household responsibilities and family activities, so with my wife’s support I’ve been able to make these lifestyle changes and find a balance,” O’Bryan said.

Since July, O’Bryan has incorporated walking into her exercise routine. Now she walks with a group of friends as part of her training for the miniMarathon. She also has participated in several organized walks, including Louisville Triple Crown of Running.

“Preparing for the competitive walks has been a challenge,” she said. “I’m very determined and a little hard-headed, so I will finish!”

Other firsts O’Bryan is looking forward to completing in the coming months: shopping in the women’s section of her favorite department store, comfortably sitting with her legs crossed and riding in an airplane without using a seatbelt extender.

“I look forward to the day I can board a plane and not feel that self-conscious again,” she said. “These are things that may not seem significant to others, but for me I will treasure these accomplishments.”

As far as her next fitness challenge, O’Bryan already has something in mind …

“I’m a die-hard fan of University of Louisville women’s basketball and I want to run the steps at the KFC Yum! Center.”

Thinking it’s time to make a change in your health?

Find more information on the Norton Medical Weight Management Program that Jenny O’Bryan is participating in.