Even an Ironman trainee needs a break sometimes

Even an Ironman trainee needs a break sometimes

Stephanie Fish shares some of her training experiences as she prepares for her first full Ironman triathlon. 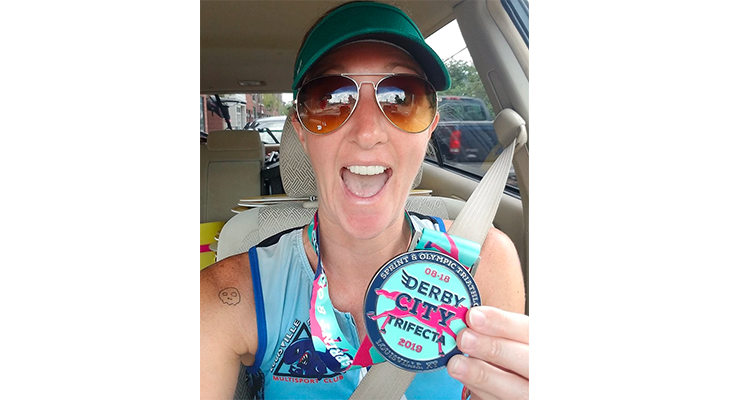 At what point does this training become less like a hobby, and more like a part-time job?

I think I’ve reached that point.

Between a full-time job and three side hustles (yoga, coaching and dog sitting), I needed a break.

I went to Austin, Texas, with my childhood bestie. It was nice to get away, but I was freaking out about a four-day training break.

I took full advantage of Austin, though, and after I got back, I was seriously back.

I forced myself to ride in the rain, log an 8-mile run and teach extra fitness classes at the YMCA.

I was happy to get in my final prep race at Derby City Trifecta — an Olympic-distance triathlon. But I was still scheduled to ride for another 2½ hours, so after the Trifecta, I biked another 35 miles.

I was a piece of burnt toast when finished!

Some things went well; others could have gone better for me in the Trifecta.

No race will ever go exactly as planned, and that’s what I expect for Ironman Louisville.

It could be 80 degrees and sunny.

It could be 30 degrees and raining.