Finally a KY health ranking to be proud of

Finally a KY health ranking to be proud of 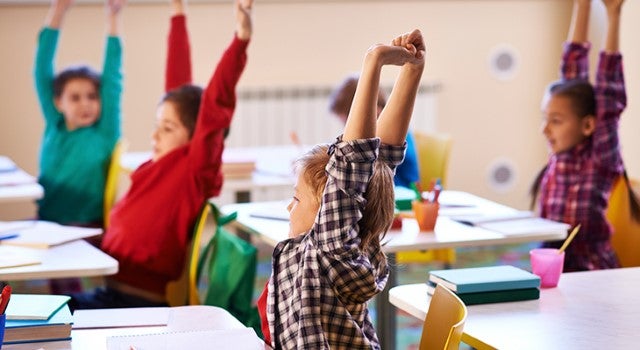 It’s no secret that our region has a child obesity problem. But it appears we are doing something about it.

GoNoodle is out with its first Kids Movement Index, which ranked the top states and cities where elementary school-age children participated in physical activity during the 2015-16 school year.

The report ranked Kentucky youth as the third most active in the country. Louisville and Lexington each placed second in the large and small cities categories, respectively.

“This report shows real progress in how our teachers and parents are getting kids to incorporate movement into places not typically thought of as active spaces, such as in the classroom or in front of the TV at home,” said Erin Frazier, M.D., pediatrician and medical director of the Children’s Hospital Foundation Office of Child Advocacy of Norton Children’s Hospital.

The rankings were based on the average amount of time each child spent using GoNoodle, a website containing short, interactive movement videos and games for young children. Kentucky kids spent a combined 83 million minutes (roughly 57,000 days) on the site during the past school year.

Last summer, Norton Children’s Hospital and Passport Health Plan made GoNoodle’s physical activity breaks available to all Jefferson County public and private schools. Through the sponsorship, more than 67,000 students in 178 schools have access to a premium version of GoNoodle through the 2017-18 school year. A similar partnership was announced in Western Kentucky in May 2016.

“As a state, we’re taking steps to combat many of the health issues Kentucky families are dealing with,” Dr. Frazier said. “Hopefully, our efforts will start to put a dent in the obesity epidemic.”

Currently, more than 10 million kids and over 500,000 teachers worldwide use GoNoodle each month. GoNoodle is used in 75 percent of U.S. public elementary schools in all 50 states and in schools around the world in 175 countries. Nearly 1.5 million families use GoNoodle at home either through the website or the recently released Apple TV app. Learn more at GoNoodle.com.