Phil Meeks shares his myeloid leukemia story and the treatment he received at Norton Cancer Institute. 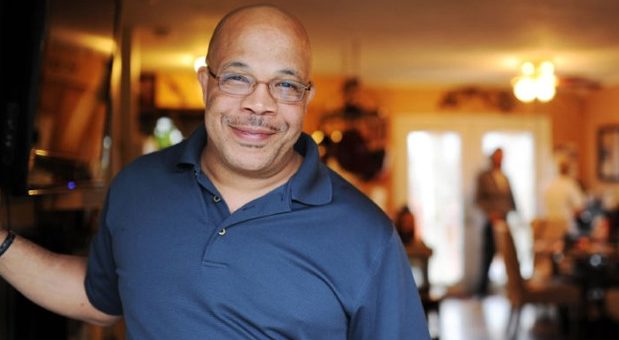 In August 2012, Phil Meeks, now 47 years old, went to the doctor with shortness of breath and pain in his legs. He thought the pain was related to smoking cigarettes. The news he received was shocking. Not only was he diagnosed with acute myeloid leukemia, he was given just 30 days to live unless he immediately started treatment.

Phil was in and out of Norton Cancer Institute at Norton Women’s & Children’s Hospital (then Norton Suburban Hospital) for several months receiving chemotherapy treatments. Although the cancer went into remission after the first round of chemotherapy, called induction chemotherapy, his physicians advised him that he would need a bone marrow transplant for long-term survival. The leukemia was very aggressive, and without a bone marrow transplant, he would not survive. Phil learned that he might not be able to receive this lifesaving transplant because of his chance of finding a donor. As an African-American, Phil had only a 20 percent chance of finding a match due to the lack of African-American donors on the registry.

Phil became very discouraged. However, as he puts it, God blessed him with a donor, and a match was found in January 2013. He had his transplant at UK HealthCare Markey Cancer Center, a partner of Norton Cancer Institute.

Since his transplant, Phil has been very active in helping to sign up bone marrow donors, especially minorities.