While managing Lynn’s Paradise Café in Louisville, Kristen Wieder saw firsthand the bond between nurses and a young boy’s family. 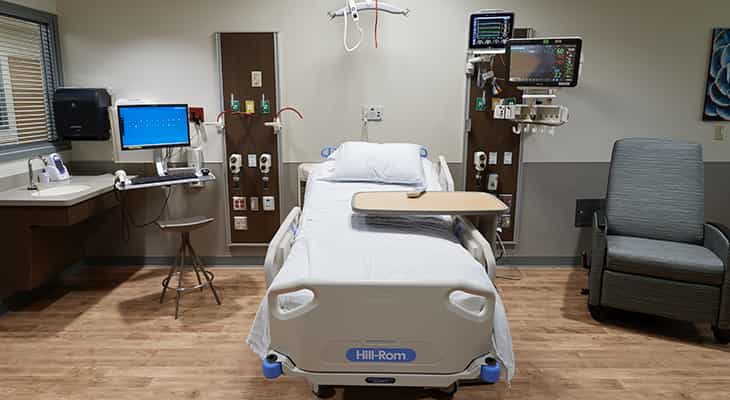 Before she became a nurse, Kristen Wieder managed Lynn’s Paradise Café in Louisville. There, she befriended a couple whose son had leukemia. A year after the boy died, his parents met for lunch with his oncology nurses at the landmark Highlands restaurant, which has since closed.

The bond between the boy’s nurses and his parents struck Kristen as something special — and made her consider nursing as a career. Kristen recalls thinking, “There’s something out there that is potentially heartbreaking but worth doing.”

Even though she was 30 and married with three children at the time, Kristen decided to enroll in nursing school. She has never regretted the decision.

“We have an opportunity every single time we interact with a patient or family to completely change their lives, and that’s not something most people can say about their jobs,” Kristen said.

Kristen is the director of patient care at Norton Audubon Hospital’s new cardiovascular intensive care unit (CVICU), which has advanced monitoring equipment in each of its 12 rooms.

The unit cares for heart patients requiring the highest level of care, including those who have just received a ventricular assist device (VAD) implant and those on heart and lung extracorporeal membrane oxygenation (ECMO) equipment, a type of life support.

Kristen has spent her entire career in the Norton Audubon Hospital intensive care and open heart units, beginning when she was in her last semester as a nursing student at the University of Louisville.

Caring providers and the latest advancements to take care of you.

“I didn’t realize this was going to be my passion when I was placed here,” Kristen said.

But she fell in love with the team atmosphere and the high level of care the job demanded.

“I realized there wasn’t going to be another place for me,” she said “It challenges you every single day.”

Kristen was no stranger to Norton Audubon Hospital. Kristen’s mother was also a nurse there, working in the operating room on the open heart surgical team. Kristen said she is more drawn to interacting with patients than working in an operating room.

“Audubon is like a big family. I think people are pretty devoted and loyal,” Kristen said.

Kristen doesn’t consider her 12 years in the restaurant business as wasted time.

“Restaurants and hospitals are more similar than you would think. It’s all about customer service and anticipating need and meeting expectations,” she said.

It’s the stakes that are different.

When she’s not working, Kristen is a self-described homebody. She enjoys spending time with her husband, Matt, and her four children, ages 11 to 20. She also has started raising chickens.

“So now I’m a crazy chicken lady,” she said.

Kristen said her children were a big part of the reason she changed careers.

“I really wanted to set an example for them to commit to something you’re passionate about,” she said.