In sickness and in health | Norton Healthcare Louisville, Ky.

In sickness and in health

In sickness and in health

A cancer survivor shares how his wife’s insistence led to his diagnosis. 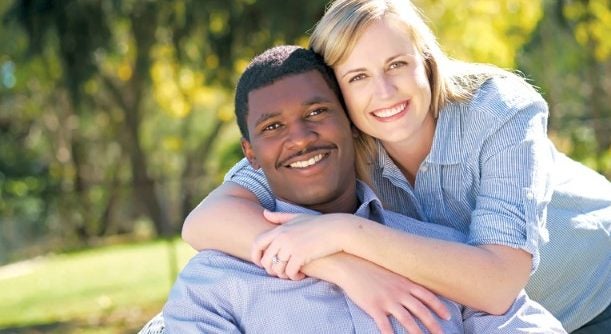 The lump on Lonnie Gardner’s left arm looked innocuous. Maybe an insect bite, he reasoned. For weeks in 2014, the human resources professional went about his business, unconcerned. But the lump got larger and caught the attention of his wife, Megan, who suggested he consult with a dermatologist. More weeks went by. She kept insisting. He kept putting it off. Finally, he made the appointment.

The dermatologist biopsied the lump and sent the tissue to the laboratory, and the result came back as non-Hodgkin lymphoma, a blood cancer. Lonnie, then age 31, was floored.

“I never dreamed I would get cancer,” he said. “I was shocked and wondered if I was about to die. I didn’t know where to go from there and was pretty anxious those first few days. But I had my family there to support me.”

Once again, Megan stepped in, helping her husband find specialists to get him the care he needed.

“She said, ‘We’re going to go through this the right way and see the best of the best. Everything is going to be just fine,’” Lonnie said.

Norton Cancer Institute is revolutionizing care, so that one day cancer will be a thing of the past.

Lonnie went to see Norton Cancer Institute oncologist Don A. Stevens, M.D., who ordered a positron emission tomography (PET) scan that revealed his cancer had not spread. Good news there. But the imaging test picked up something else: A suspicious-looking spot in his colon. A gastroenterologist performed an endoscopy and colonoscopy, discovering a large precancerous polyp that would require surgical removal.

This early detection became a lifesaver since the normal age for a colonoscopy is between 45 and 50 years old. Lonnie will have to undergo a colonoscopy annually as a preventive measure.

“I’m very fortunate that the polyp was discovered early,” he said.

For a time, Lonnie’s cancer took a back seat to his colon condition. But after he recovered from surgery in November 2014, the father of three underwent radiation treatments for his lymphoma. Now his condition is monitored but does not require active treatment.

Lonnie gives all of the credit to his wife.

“Megan supported me and directed me to the right specialists,” he said. “Her insistence that I go see the dermatologist saved my life, no doubt about it.”