Is this the beginning of the end to HIV? | Norton Healthcare Louisville, Ky.

Is this the beginning of the end to HIV?

Is this the beginning of the end to HIV?

Louisville couple become advocates for PrEP, a prescription medicine treatment to prevent the spread of HIV. 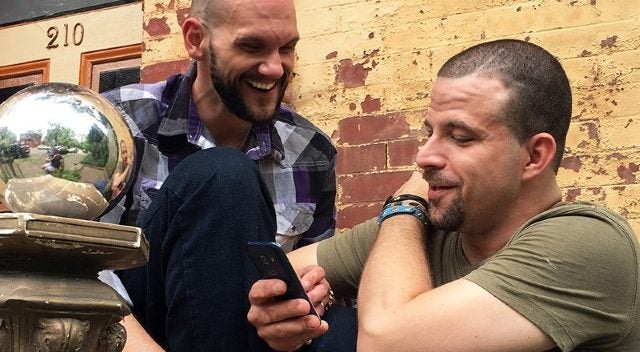 Ricky Thomas and his fiancée, Joshua Sundquist, recently made the decision to use PrEP, a new preventive measure against HIV in which HIV-negative individuals use anti-HIV medications to reduce their risk of becoming infected if exposed to the virus.

In 2015, the CDC urged physicians to recommend PrEP for their patients who are HIV-negative and at substantial risk for acquiring the virus that can cause AIDS.

Currently, PrEp comes in a pill called Truvada. It contains two medicines that work to block HIV from spreading in the body.

Thomas and Sundquist, both 36 years old, said Dr. Schulz suggested the preventive treatment because one partner is HIV-positive; the other is negative. They debated on identifying for this article which of the two is positive, but decided that it was not relevant to their choice for using PrEP.

“Unfortunately, many people in this community still treat people with HIV like lepers,” Thomas said. “We love each other very much and want to stay as healthy as possible, so when Dr. Schulz suggested we consider PrEP we jumped on it.”

People who use PrEP must commit to taking it every day and seeing their physician every three months for follow-up.

Thomas and Sundquist, who have been together for more than a year and reside in Old Louisville, are surprised by how many people, especially in Louisville’s LGBT community, know nothing about PrEP.

“It’s hard to find information about it,” Sundquist said. “It should be for sale at Walmart and being dropped from planes in Africa [where HIV infections are the world’s highest, according to UNICEF reports].”

Thomas said that Dr. Schulz has been wonderful in educating and preparing the couple for their PrEP regimen.

“He’s amazing. He’s very thorough, and from day one he’s explained everything every step of the way,” Thomas said.

“He’s very analytical and clinical but very warm and compassionate at the same time,” Sundquist added.

“I’m going to be an advocate for PrEP going forward,” Sundquist said. “Things are changing. HIV is going to go away one day and this looks like a good beginning.”

For more information about PrEP or to find a physician to help manage your PrEP, call Norton Infectious Disease Specialists at (502) 394-6470.

Here’s who should consider using PrEP: