It's not you, it's menopause | Norton Healthcare Louisville, Ky.

It’s not you, it’s menopause

It’s not you, it’s menopause

Menopause puts the brakes on estrogen, which can wipe out a woman’s libido. Here’s how to get your groove back. 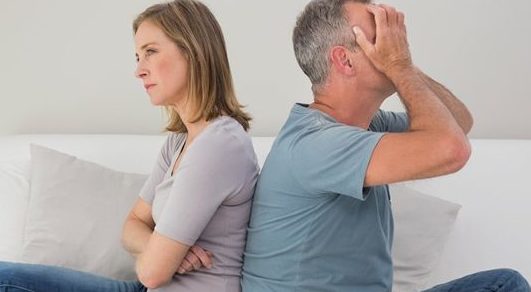 The children are grown and out of the house. You’re closer to the end of your working life than the beginning. You and your partner have more time than ever to enjoy each other’s company. So what happened to a little “afternoon delight” and romantic, candlelit evenings?

It might make you feel better to know it’s not just you. Decreased sexual desire is common for many women who are going through or have gone through menopause.

One study found that women between ages 45 and 64 are 12 percent more likely to have a “troubling lack of desire” than other women.

The North American Menopause Society says “sex drive decreases gradually with age in both men and women, but women are two to three times more likely to be affected by a decline in sex drive as they age.”

According to Nancy Newman, M.D., gynecologist with Associates in OB/GYN, a Part of Norton Women’s Care, sex should still be happening after menopause.

Sex is an important part of a healthy relationship and a person or couple’s identity. Sexual issues happen to women of all ages, but for postmenopausal women, it’s complicated by vaginal dryness and/or pain during intercourse.

Need someone to talk to?

Norton Women’s Care is Louisville’s leading provider of women’s health services. To find a gynecologist who’s right for you, call (502) 629-1234.

Over-the-counter moisturizers and lubricants can help, but Dr. Newman suggests talking with a gynecologist about more effective options.

“The two best treatments are vaginal estrogen or a medication called Osphena,” she said.

Vaginal estrogen comes in several different forms: cream, suppository, tablet or a vaginal ring. It has minimal side effects, and studies show the small amount of estrogen used in these products has not been shown to increase risk for breast cancer, blood clots, stroke or dementia.

“If you have had breast cancer, talk with your oncologist before using a product containing estrogen to make sure it’s safe for you,” Dr. Newman said.

Osphena is a pill that does not contain estrogen but can slightly raise the risk for blood clots.

If you’ve been wondering about those TV commercials touting hormone replacement therapy that promises to make you feel younger again, it’s not recommended for postmenopausal women because of increased health risks.

“Hormone replacement therapy is used if the patient has other menopausal symptoms, such as hot flashes, night sweats and insomnia, in addition to vaginal dryness,” Dr. Newman said. “It is not for long-term use.”

So what about “female Viagra”? There is no FDA-approved treatment for low sexual desire in postmenopausal women, although several pharmaceutical companies are working on them.

Dr. Newman says Addyi (dubbed “the little pink pill”) is for premenopausal women who have low sex drive, but there are side effects including low blood pressure, fainting and sleepiness made worse by alcohol and other medications.

The last thing for a woman to think is there is nothing she can do to feel sexually healthy again.

Dr. Newman recommends talking with your doctor about how you’re feeling. While a drop in estrogen may be to blame for low desire or pain during intercourse, there may be other factors at play.