Jeff W. Allen, M.D., learned new bariatrics techniques during a fellowship in Australia so he was ready when they were approved in the U.S. 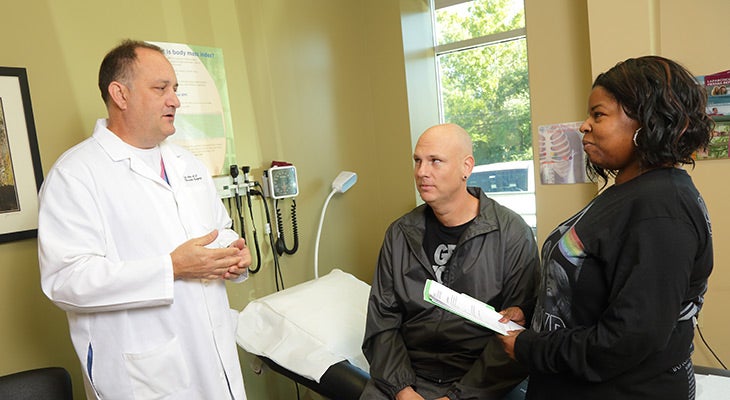 Brisbane, Australia, and Louisville, Kentucky,might be more similar than you think.

The residents of both cities love horses, have a river running along or through them and are places Jeff W. Allen, M.D., bariatric surgeon with Norton Weight Management Services, has called home.

After graduating from Centre College in Danville, Kentucky, and studying medicine at the University of Louisville, Dr. Allen completed fellowship in laparoscopic surgery at the Royal Brisbane Hospital in Brisbane, Australia.

Dr. Allen was in search of experience using new procedures that wouldn’t be approved by the U.S. Food and Drug Administration (FDA) for years.

Dr. Allen recognized the advantages of minimally invasive laparoscopic procedures and their useful applications to bariatric surgery, allowing doctors to treat patients with less pain and a faster recovery. In Australia, he learned procedures such as laparoscopic liver resections, gastric band, gastric bypass and biliopancreatic diversion.

Dr. Allen’s top health tip is to actively engage in preventive care, such as colonoscopies and other health screenings.

After the FDA later completed its stringent testing and approved the procedures that Dr. Allen learned, he returned to Louisville with valuable experience and expertise.

Respect among his peershelped Dr. Allen gain recognition in Louisville Magazine as a “Top Surgeon” for bariatric surgeries. A typical day in Dr. Allen’s operating room starts at 7:30 a.m. and consists of four to five operations, each lasting around 1½ hours. In between surgeries, he checks on patients. In the office, Dr. Allen, director of bariatric surgery for Norton Weight Management Services, follows up with current patients and gets to know new ones.

For patients, an initial weight loss consultation comes after an hourlong informational session. Typically, Dr. Allen focuses on the patient’s individual health issues and fields questions about different weight-loss operations and their considerations.

The specialists at Norton Weight Management Services have treated thousands of patients in Louisville and Southern Indiana. Start taking control of your weight with a free seminar.

A pilot in his spare time

Dr. Allen took up flying to confront uneasiness he developed after he was on a commercial flight that experienced engine problems and had to make an emergency landing in Dallas, Texas.

After lessons at Bowman Field in Louisville, Dr. Allen began to enjoy flying. In 1994, during his fourth year of medical school, he earned his pilot’s license.

He enjoys flying family and friends to warm and sunny destinations, but Dr. Allen also uses his flying skills to benefit charities. He auctions flights to raise money for cystic fibrosis research.

Dr. Allen’s wife also is a pilot. A friend set them up on a blind date, and they met in Hangar 4 at Bowman Field. Less than two years later, their wedding ceremony was in the same hangar.