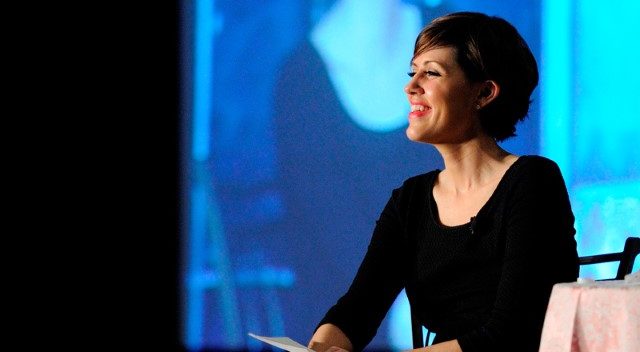 Norton Healthcare offers heartfelt condolences to Jill Brzezinski-Conley’s family and friends. We join with all those touched by Jill’s passion, determination and courage in saying she will be profoundly missed.

The ability to live life fully on your own terms is a rare and precious gift. Jill cherished that gift in a way that can be fully understood only through the crucible of a devastating life experience.

On July 15, 2009, one day before her 32nd birthday and about six months after marrying Bart Conley, Jill was diagnosed with stage 3 breast cancer. It was neither genetically related nor an especially aggressive form of cancer, which offered some cause for hope. It was, however, quite advanced.

Jill began two grueling years of treatment that included 16 rounds of chemotherapy, a double mastectomy, breast implant surgery and 31 rounds of radiation (which burned her left implant to the point it had to be removed). In 2011, Jill’s family and friends joyfully welcomed the news that she was cancer-free. Their joy proved to be short-lived.

Pain in Jill’s chest in early 2012 led to more tests, which found cancer in her sternum. More chemotherapy followed, along with additional treatment that crushed Jill’s fondest dream of one day becoming a mom. Like many who face such pain, Jill asked in anger, “Why cancer? Why me?”

She found answers — and the power to embrace what would come next — by deciding to share her story and experiences as widely as she could. Her aim was to spread the word that true, lasting beauty is something you choose to see, choose to be.

That message soon developed wings thanks to a dear friend who shared Jill’s story with an acclaimed international fashion photographer. Sue Bryce invited Jill to Paris, France, for a photo shoot and video project called “The Light That Shines”. This led to attention from People magazine, The Huffington Post, The Today Show and other national media.

Jill leveraged this attention to fulfill her dream of taking direct action to help others diagnosed with breast cancer. She launched Jill’s Wish, a nonprofit organization to raise money that is used to provide emotional support and financial help to breast cancer patients.

In October 2013, Jill began working closely with Laura Ungar, a reporter for The Courier-Journal, on a series of stories documenting her journey with cancer that would eventually spread to her bones, lung and liver. Fearlessly, Jill never held back anything she felt would be helpful for others to know.

Jill teamed up with Norton Healthcare in January 2014 to launch Go Confidently, a speaker series created to inspire people to realize their full potential through thoughtful discussions on health-related topics. Jill told a standing-room-only crowd at The Olmsted that beauty cannot be erased by illness or anything else. It is defined by confidence and kindness.

Whether Jill was speaking to a few people at a local coffee shop or to a room of hundreds, she had a unique ability to connect with people.

That connection drove Jill’s desire to make a difference. She once told a reporter, “I know I’m going to die of cancer. I just want to be able to do as much as possible before that happens.” By all measures, Jill did just that.

From making a fun dance video as part of a national breast cancer awareness campaign, to juggling numerous national speaking engagements and building a huge social media following, it’s impossible to know how many lives Jill touched directly and indirectly. It’s easy to see why two prominent local communications and public relations organizations joined in naming Jill their “Communicator of the Year” in 2014.

No words can erase the heartache of losing such a vibrant soul whose light burned so bright, but perhaps some measure of comfort may be found in these words, often attributed to Abraham Lincoln: In the end, it’s not the years in your life that count. It’s the life in your years.