Recently, Consumer Reports decided to no longer recommend laundry pods due to the health hazard to children. 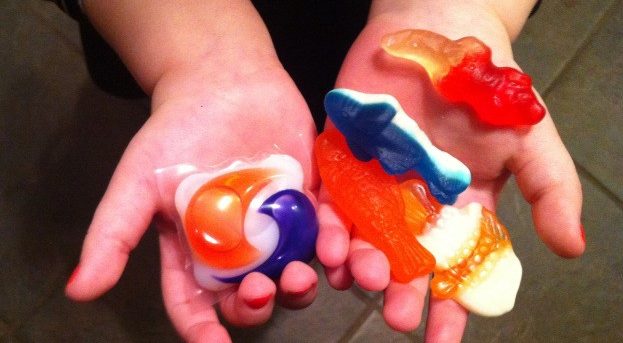 Recently, Consumer Reports decided to no longer recommend laundry pods due to the health hazard to children.

The numbers back up these concerns. Over the past three years, the American Association of Poison Control Centers reports more than 33,000 calls to the nation’s 55 poison centers about exposures to liquid laundry packets related to children five and under. This means about 30 children per day were involved in incidents involving liquid laundry packets, hundreds of which resulted in hospitalization.

Locally, the Kentucky Regional Poison Control Center received more than 500 calls over the past two years after receiving only two calls in 2012.

If you suspect your child has ingested a harmful substance or you have other concerns about potential poisoning, call the Kentucky Regional Poison Control Center at (800) 222-1222. Calls are free and answered by medical professionals, nationally certified in toxicology, who are trained to assess the situation and symptoms and recommend appropriate care.

“The children most impacted are babies and toddlers,” said Ashley Webb, clinical toxicologist and director of the center. “One of the issues is that these packets are colorful and young kids can mistake them for candy.”

To prevent poisoning, the detergent pods should be kept out of children’s reach and sight.

“The best thing to do with anything that’s poisonous is put it where kids can’t get to it,” Webb said. “It needs to be well-marked on a shelf and locked away and out sight and out of reach. Parents also need to remember that cabinet locks and latches are not childproof, they are child-resistant, meaning they only slow kids down.”