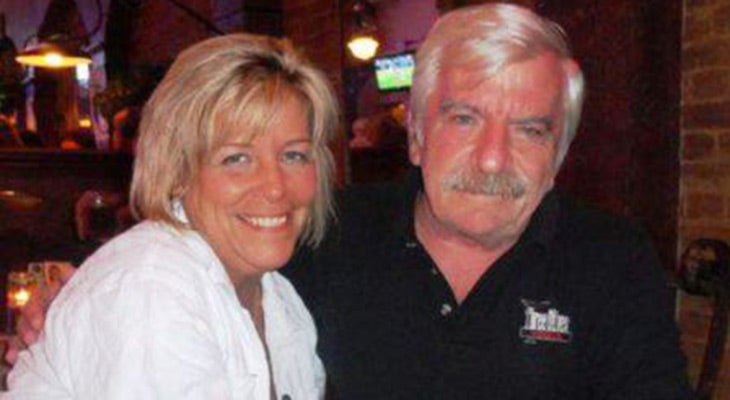 In 2017, David developed what he thought was a minor hernia. He had bouts of stomach pain and over a two-month period lost about 40 pounds.

David was familiar with lung cancer’s symptoms — his father died from it — but he wasn’t coughing and had no trouble breathing. He just felt weak and knew something was wrong.

His wife, Valerie, convinced him to visit a Norton Immediate Care Center near their home. From there he was sent to the emergency department at Norton Brownsboro Hospital, where a scan showed a mass in his right lung.

Early diagnosis of lung cancer is critical, so screening is a key part of the center’s comprehensive care approach. Low-dose computed tomography (CT) scans, which can detect even the smallest tumors, are used to screen for lung cancer in individuals with high risk factors.

Dr. Lye said the lung center’s “multi-specialist” approach, with fast access to a surgical opinion, is a huge benefit for patients. To save families time, added travel and worry, Dr. Lye often consults with Dr. Mikos to review a case for possible surgery during the patient’s appointment.

“One of my goals is to give patients a clear, precise, leading-edge treatment plan as soon as I can, and this just wouldn’t be possible without someone with the expertise of Dr. Mikos being available.”

Initially the team hoped David’s tumor — estimated to be about the size of an egg — could be surgically removed. It proved to be larger than expected, so removal of David’s right lung was necessary.

Are you right for a lung cancer screening?

Lung cancer screenings – a CT scan of the lungs – are for individuals at high risk for developing lung cancer.

You may be a candidate if:

Talk to your physician to determine if you should have a screening.

David was scheduled for 12 chemotherapy treatments. He responded well and was able to stop after eight sessions, when a positron emission tomography (PET) scan confirmed no obvious signs of cancer. He continues to get regular follow-ups.

“Dr. Lye keeps telling me his goal is to cure, not just treat me,” David said. “I joke with him and say, “I’m holding you to that.’”

As a former smoker, David recalls the days when “we used to have ashtrays on our desks at work.” He’s glad that is no longer the norm.

According to the Centers for Disease Control and Prevention, lung cancer is our nation’s leading cause of cancer deaths.

The good news is survival rates are improving, thanks largely to reduced smoking rates, earlier detection and better treatment options. Dr. Lye underscores the need for screening and points to three other factors that are giving patients cause for hope:

“Many of our patients even with stage 4 disease are now able to live multiple years with the appropriate treatment,” he said.

David cherishes time with his family, including his two grandchildren.

“I’m so lucky they found my lung cancer when they did,” David said.

For those with a history of smoking, getting a lung cancer screening could be a lifesaver. Take it from David on this when he says, “Get checked. Don’t wait around until you know you have a problem. It could be too late by then.”