More of us are surviving cancer | Norton Healthcare Louisville, Ky.

More of us are surviving cancer

More of us are surviving cancer

And that’s something to celebrate! 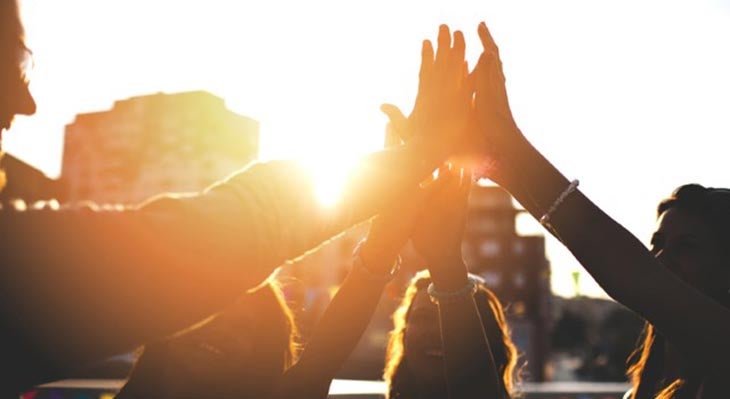 Cancer is no joke, yet designer Emily McDowell found that humor can be a potent source of encouragement and courage for those touched by the disease. In 2015, McDowell, a cancer survivor, created a series of sassy greeting cards that soon became a social media sensation.

By focusing on “real cancer truths,” McDowell sought to help cancer patients feel understood, loved and powerful. For example, one of her cards asks for permission to “punch the next person who tells you everything happens for a reason.” Another calls for celebrating your last chemo treatment with “whatever doesn’t taste disgusting.”

At first glance, these witty messages may seem a bit glib for a serious topic like cancer, but many people who have faced cancer will tell you it’s important to keep a sense of humor and positive outlook.

Thankfully, with overall cancer survival rates on the rise, we have more reason than ever to be encouraged — even excited — about the direction of cancer prevention and care.

Advances indiagnosing and treating cancer have increased the number of people who live cancer-free for long periods of time. Survival rates vary by the type of cancer and stage at the time of diagnosis. For example, the National Cancer Institute’s five-year survival rates for four common types of cancer represent the positive impacts of screening and early detection:

The survival rate for lung cancer has remained historically low because it often goes undetected until it’s in an advanced stage.

“As with all forms of cancer, the earlier lung cancer is detected and the earlier treatment can begin, the better the chance for positive outcomes,” said Joseph M. Flynn, D.O., MPH, executive director and physician-in-chief, Norton Cancer Institute.

Since the early 1990s, the overall cancer death rate in the United States has declined, and the number of cancer survivors has increased. According to the National Cancer Institute, the number of people nationwide living beyond a cancer diagnosis reached nearly 14.5 million in 2014. This number is expected to rise to almost 19 million by 2024.

Anyone who has been touched by cancer knows it takes a lot of hard work and courage to fight the disease. To celebrate the courage of cancer patients, their families and caregivers, as well as the volunteers who work to support cancer programs and services, Norton Cancer Institute will host a free Celebration of Courage on Friday, Sept. 16 —the day before the 2016 Bike to Beat Cancer “big ride.”

“We hope to have a great group come together for this first celebration as we build this into an amazing annual tradition for the many families in our community touched by cancer,” Dr. Flynn said.

Norton Cancer Institute’s inaugural Celebration of Courage will be held Friday, Sept. 16, 2016, from 5:30 to 7:30 p.m. at Norton Children’s Medical Center – Brownsboro, 4910 Chamberlain Lane. This free community event will feature a light meal, live music from Junction Creek, children’s games and inflatables. It is open to all cancer patients and their immediate family, regardless of where patients receive treatment. All Bike to Beat Cancer riders and volunteers are invited to attend.

This event is free, but registration is requested. Register at NortonHealthcare.com/Courage or call (502) 629-1234, option 2.