Daughter shares story of mother’s quest to find an answer to her failing health; in turn teaches a valuable lesson for all women 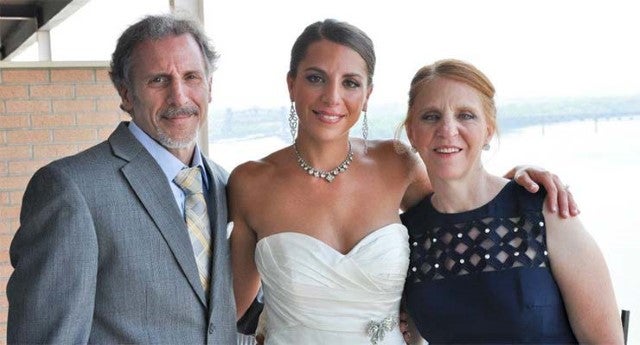 My mom was a four-year varsity starter in four different sports. The woman is no joke when it comes to athletic ability. She is a huge reason my sister and I played sports our whole lives. She is the one who passed on the athletic gene to us (don’t tell my dad).

When we were growing up, she and my dad would play basketball in the driveway. These were not laid back games — they were competitions, with both hungry to win and hold the title of champion until the next rematch.

People would always tell us about what an incredible athlete our mom was when she was younger — not that age had done much to diminish it, but the stories only put us in even more awe of her. So when suddenly it became harder for her to breathe and those driveway basketball games slowly began to disappear, it was a surprise to us all — and no one more than her.

My mom, always a positive light, was slowly getting more frustrated as she wondered what was going on with her body. She had to stop doing some of the things she loved. She would get winded during the most basic exercises or sports. She traded in her basketball shoes for walking shoes; she was careful about not overexerting herself; but still she couldn’t catch her breath.

She was diagnosed with asthma, but her health continued to decline. New medications failed; no inhaler could help her breathe. At a breaking point in 2006 she went to her primary care physician (PCP) tired laboring to breathe. Her PCP made a simple yet life-saving decision: She took a chest X-ray. It revealed dark spots on my mother’s lungs. She was referred to a pulmonologist, who took one look at that X-ray and determined she needed to see a cardiologist as soon as possible.

What we learned at the cardiologist would be a complete shock — she had never had asthma. She had been living with a leaky mitral valve in her heart. The discoloration in her lungs was fluid leaking out of her heart. She would need immediate open heart surgery.

Our sports hero, my mom, had done everything right. She exercised, she ate as well as she could and she had annual health exams. So what happened? Honestly, bad luck. My mom’s condition, which affects only 2 to 3 percent of the population, is neither genetic nor lifestyle based. It is something that comes on slowly and progresses over time. At some point the valve could no longer sustain its job within the heart chamber and the leak began. Without intervention, it would have killed her.

The cardiac surgeon not only repaired her leaky mitral valve but also discovered a hole in her heart during surgery that he was able to fix as well. When he came out to the waiting room after her surgery, his exact words were, “It is a miracle that she didn’t drop dead. If we hadn’t caught this now that likely would have been the outcome in the not too distant future.”

The journey didn’t end there. For the next three months she was in cardiac rehabilitation, and she wouldn’t feel back to “normal” for another three months after that. During the difficult days after she received her diagnosis and in therapy sessions after surgery, you could see the athlete in her had returned. It was her unrelenting spirit on display — her desire to take on anything and believe she could win.

As women, we have to stay vigilant about our health — especially our heart health. Even in cases such as my mom’s that boil down to bad luck, the best thing she did for herself was to schedule consistent checkups with her physician. This simple act saved her life and it could save yours as well.