No, she doesn't swim like a man | Norton Healthcare Louisville, Ky. 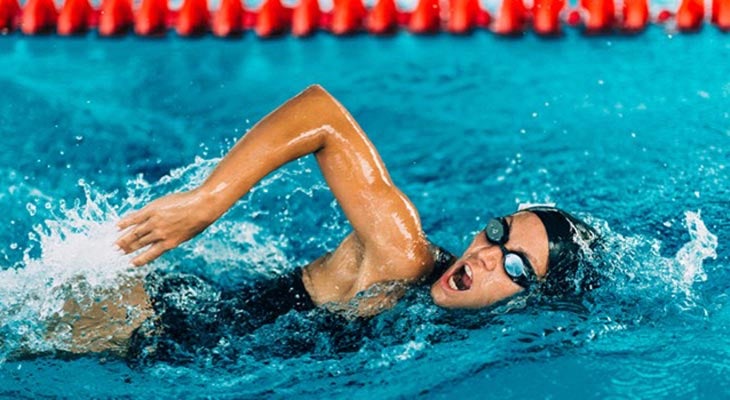 If you’ve been paying attention to the action in Rio, you’ve surely noticed some impressive female athletes. They’re the best in their sports, have worked tirelessly and pushed through injuries, doubts and stiff competition to get to the world’s stage.

That’s great! But in the midst of the growing medal count, there’s a serious problem. I’ll give you examples:

This week a commentator speaking about the incredibly talented American gymnast Laurie Hernandez said, “The gymnastics world has been overtaken by her talent and those eyes.”

Hmm. Two of the best female athletes in the world and the commentators focus on their looks and the “man responsible”?

Does anyone say that Michael Phelps’ coach is the man responsible for his success? Have you heard a commentator describe a male athletes’ talent in the same breath as their looks? Me either.

A study by the Cambridge University Press found that in the media’s coverage of sports, men were three times more likely to be mentioned in a sporting context than women — who, meanwhile, were routinely described using nonsporting details, such as their age, marital status and appearance.

So what gives? A piece by Lindy West may shed light on a small piece of the puzzle “… It’s not that I think the authors of the aforementioned gaffes are vicious or deliberate misogynists. It’s more that they were raised in a culture — as we all were — that has almost no idea how to process competent women.… You can feel a faint confusion pulsing behind every word. A girl … doing things!?”

How do we change the way the world views female athletes?

It starts in our own homes
If you have children or young adults in your house, female or male, it starts with your reaction and response to these comments. When you hear something that belittles a woman’s talent or seeks to only discuss her looks, talk to your kids about it and refocus the conversation on her athletic abilities.

Even if you don’t have kids, you can recognize the times inappropriate comments are made to begin to change your own biases about female athletes.

It continues with our friends, peers and coaches
Even though playing sports can increase confidence, teamwork and leadership skills, many girls still don’t believe they belong in athletics, which recent studies have shown may be due to lack of recognition women get for their athletic abilities.

Support your female friends, family and peers. Let them know how amazing they are for what they do. Lift up their self-confidence and accomplishments. And coaches, listen up: This is of utmost importance for you to do.

Saying it on social media
One of the best (and worst) things about social media is it allows us to share our opinions in ways we haven’t been able to before. When it comes to negativity and belittling on social media, don’t get wrapped up in it. Instead, turn it into an opportunity to move the focus back to athletic abilities. If you feel compelled, consider speaking directly to networks and commentators on how their comments are inappropriate. Encourage the focus to remain on all of the athletes’ abilities.

When our posts are thoughtful, articulate and constructive, it helps start the conversation. And conversation leads to change.

We must continue to work to change the conversation and fix the confusion, to move the focus on female athletes to their athletic talents. Until that changes, women will continue to be judged on everything but their immense talent.

Are you or your daughter an athlete? Learn how Norton Women’s Sports Health can help you be your best.