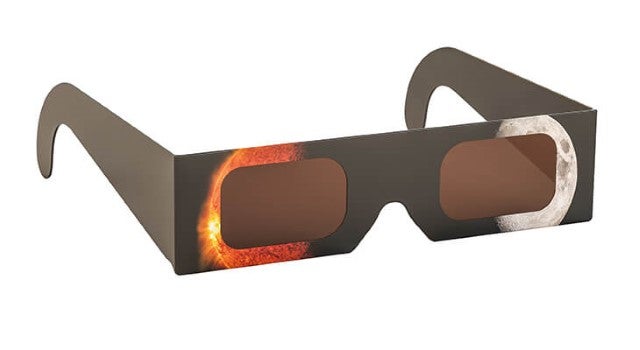 Despite the warnings, it happens. And it’s terribly painful.

The powerful rays of the sun can damage eyes and during an eclipse, what’s commonly known as “welder’s flash” or photokeratitis.

“It takes about 6 to 12 hours from the time of the injury until symptoms appear,” said Mary E. Rademaker, M.D., medical director and physician with Norton Immediate Care Centers. “When they do appear, the symptoms include intense eye pain comparable to the level of pain associated with childbirth or a kidney stone.”

It’s not uncommon for people with photokeratitis to experience distress from the severe pain. After one to three days, the pain subsides and vision returns to normal, according to Dr. Rademaker.

Ultraviolet radiation — an invisible part of the light spectrum that is still present even as the sky darkens during a partial eclipse — causes photokeratitis. For those viewing the eclipse in the “path of totality,” there is no risk of injury for the brief time that the moon completely blocks out the sun. In the Louisville area, we won’t get the total eclipse — we’ll be at risk for eye injury during the duration of the eclipse.

Even during the twilight of a partial eclipse, the sun’s ultraviolet rays still reach Earth. Our corneas absorb UV radiation and allow most visible light to pass through.

But they can only take so much. Too much ultraviolet radiation kills the thin layer of cells on the outside of the eye, exposing the raw nerve endings in the cornea.

Physicians typically will prescribe an antibiotic ointment and pain relievers, but fixing the damage will just take time as the cornea heals.

Wearing ISO-12312-2 approved sun filters or viewing the reflected eclipse projected onto a screen through a pinhole can prevent eye damage. Learn more about safely viewing the eclipse at NASA.gov.