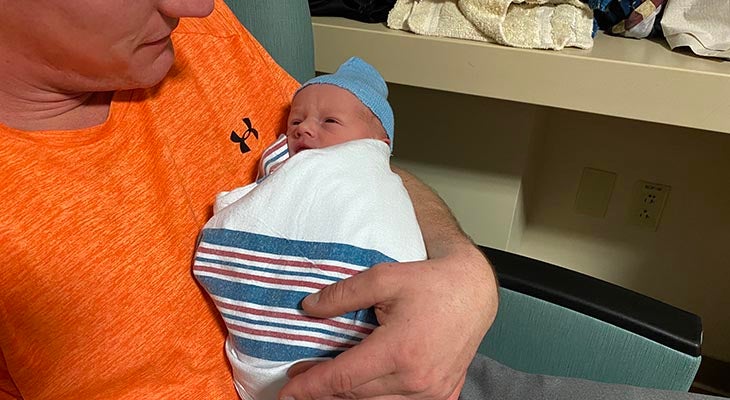 While there isn’t an overall baby boom expected, Norton Women’s & Children’s Hospital had a mini boom on Monday, Jan.18, when 32 babies were born. This includes four sets of twins: two sets of girls, and two sets of boy/girl.

The average number of sets of twins born at the hospital each month in 2020 was nine, with a total of 110 sets of twins for the year. In all, 6,066 babies were born at Norton Women’s & Children’s Hospital in 2020, the highest total since 2008, when 6,086 babies were born there. This week so far, there were also sets of twins delivered Sunday and Tuesday, as well as a set of triplets on Tuesday.

“We’re used to seeing an average of 15 babies a day in January, so this was a definite increase,” said Pamela D. Missi, DNP, R.N., NE-BC, vice president and chief nursing officer, Norton Women’s & Children’s Hospital. “January is usually a fairly slow month, and we don’t expect it to be higher than average overall. It was an unusually busy day!”

Through Norton Women’s Care, the hospital offers general and high-risk obstetric care which includes a maternal-fetal medicine program and Level III neonatal intensive care unit. The hospital has been a primary provider of obstetrical services in Kentucky for a number of years, delivering more than 5,000 babies annually since 2003.