'Not my child': The reality of drug addiction | Norton Healthcare Louisville, Ky.

‘Not my child’: The reality of drug addiction

‘Not my child’: The reality of drug addiction

A personal story about how drug addiction can happen to anyone 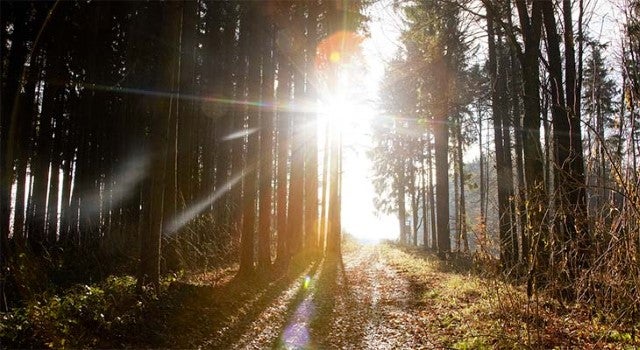 I was the only kid in third grade without a sibling. My daily nagging must have worked because that year my parents finally revealed that I was getting a baby brother!

My brother and I are nine years apart, so I’ve always been more of a mother figure to him than a sister. When we were growing up (and still today), I always made sure he was eating healthfully, getting enough sleep, wearing his helmet, etc. When he was a teen, I posted facts and figures about sexually transmitted infections all over his bathroom — so that he would know the importance of safe sex, if god-forbid he ever needed it. Despite my sometimes overbearing gestures, my brother was always a good sport.

When my brother was a sophomore at an Oldham County school, we lost our dad to cancer. Although it was a hard time for everyone, my brother seemed to handle the loss fairly well, continuing to play on the soccer team, get good grades, and by senior year, he was applying for college.

The Substance Abuse and Mental Health Services Administration has a toll-free help line to find a treatment center near you and for information about substance abuse and addiction. The number is (800) 662-HELP.

The Louisville Department of Public Health and Wellness offers free training on heroin/opioid overdose prevention with naloxone. Call (502) 581-9728 to sign up.

I started to notice a difference in his demeanor and appearance in his early years of college. I thought his new disheveled look was the result of the more relaxed college life — sleeping in late, choosing his own classes, no dress code. Then he decided to take a break from college. He was having trouble with anxiety and had gotten a prescription to help. Back at home, he got busy learning to do construction work and reading in his spare time.

His visits to my house became less frequent. On one visit, he looked gaunt and kept his head down. I noticed when his phone rang, he always took the calls outside. When I asked what was going on, he began to cry. I reassured him that I was here if he needed to talk. When he left, I feared that he might be hiding something.

The next time I saw him, I decided to look at his phone for clues, because asking him directly what was wrong was not working. I remember the day I invaded his privacy. He had left his phone on the coffee table while he was in the bathroom. I opened his Facebook messages looking for clues. I didn’t have to search long. The last message read, “You got the H?”

A wave of horror came over me. The puzzle pieces came together. My brother was using heroin and he needed help immediately. My motherly instinct must have overpowered my shock and when he came out of that bathroom I confronted him.

He began to argue and deny what I had found. I told him that he was not to leave my house and that we were going to figure out how to get him to rehab. He promised he didn’t need rehab and that he would stop. My reply was simple: “You are going to rehab today. If we can’t get you in today, then you are going tomorrow.”

He resisted until the last minute, coming up with alternative plans and minimizing the seriousness of the problem. We didn’t give him a choice. My brother spent a week in an inpatient detox center and then three months in outpatient rehab and a halfway house. During this time, I learned a lot about addiction. One of the most chilling facts I learned is that relapse is very common. Overcoming addiction is a lifelong struggle. Although we were all relieved my brother was in rehab and doing well, the threat of relapse always lingered in our minds.

Upon his return, my mom called upon several male family friends and asked them to step in and be more involved with her son. She asked them to do whatever they could to mentor him, check in on him, take him out to lunch, if nothing else, send him a text message and see how he’s doing. The response was overwhelming.

It truly takes a village.

I just spoke with my brother to tell him I was writing this article and ask his permission. He said, “Funny you should call just now. I am at a park filling out some forms for work, and there are syringes scattered all over the playground.”

He went to his car and got a pair of gloves and a bag to collect and discard the syringes.

Heroin is not someone else’s problem. If you think your family member, friend or neighbor is struggling with drug addiction, take action! Addiction is not something the person can “just stop.” You may have to do all the work in coordinating treatment options and getting them into rehab. Confront them about the changes you’ve noticed and offer to walk the person through the process of getting the help they need.