Our normal may not be your normal | Norton Healthcare Louisville, Ky.

Our normal may not be your normal

Our normal may not be your normal

Think about what someone may be going through before judging 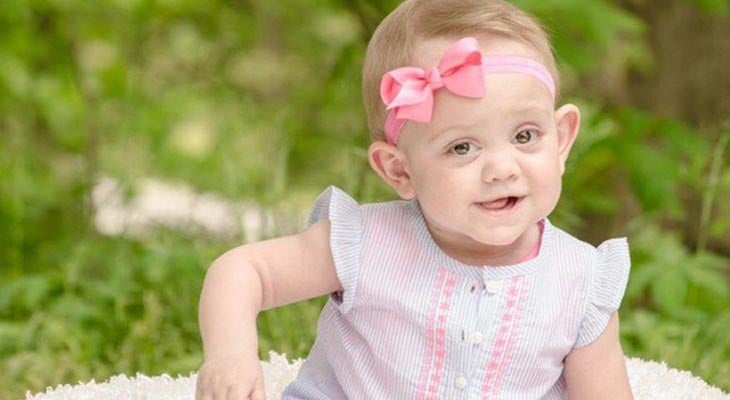 We all can probably agree that the world needs less judging and more compassion. Negative behaviors usually stem from lack of understanding about what another person is going through. This is especially true when it comes to medical issues.

Young mother Shelly Pruitt shares her story about how outward appearances don’t give the full story of what day-to-day life is like with a child with special health needs. By understanding others’ challenges we have an opportunity to be a more compassionate community.

In April 2015, Shelly, 6 months pregnant, was placed on bed rest at Norton Women’s & Norton Children’s Hospital for preeclampsia. Six weeks later, her situation turned life-threatening when she developed HELLP syndrome, a condition that causes excess protein to enter her system, bypassing her kidneys. In order to save her own life, she had to deliver her baby, Kinsley, by emergency C-section at just 27 weeks. Kinsley was born weighing 2 pounds, 2.5 ounces.

Kinsley spent 83 days in the neonatal intensive care unit, needed a ventilator to help her breathe and underwent surgery at Norton Children’s Hospital to help with reflux, which was causing her to vomit and choke. She needed a gastronomy tube, also called a G-tube.

A G-tube is placed in the abdomen and allows food to be pushed through a syringe directly into the stomach. It is used when children have issues with their mouth, esophagus, stomach or intestines, or if they have problems sucking and swallowing related premature birth, brain injury, developmental delays or neuromuscular conditions. The G-tube is not noticeable except when the child is being fed.

While Kinsley is now 15 months old and looks like many other children her age, she is unable to suck or swallow. She is not even interested in eating. Instead, she is afraid when food is presented to her. She also won’t take a pacifier.

To eat, Kinsley must lie down. Shelly connects the tubing and syringe, and pushes high-calorie formula directly into the opening on Kinsley’s stomach.

“She is still fed through the G-tube and it may be until she is old enough to follow directions before we can make progress with her eating by mouth,” Shelly said.

But Shelly doesn’t look for pity. She looks for understanding.

“So many people judge without knowing what is going on,” Shelly said. “In the beginning, it was hard for me because it’s not ‘normal.’ Now I realize this our normal. I don’t know what it’s like to breastfeed or bottle feed.”

“Finally she got so fussy I decided to try feeding her,” Shelly said. “I started putting everything up to feed her and that same woman spoke up again in a very negative tone, asking, ‘What is wrong with her? If she’s sick, she doesn’t need to be here.’ I packed my stuff up and went to the car. I went to the parking lot and fed her on my lap.

“That day I was devastated. I want people to realize that this might not be normal for them, but it’s normal for us. If it weren’t for that G-tube, Kinsley wouldn’t be alive.”

At the end of the day, not everyone will understand, but thankfully Shelly has the strength to get past the stares and negative comments.

“You don’t really know what someone’s situation is and how they got there,” Shelly said. “This whole experience has taught me to be much less judgmental.”