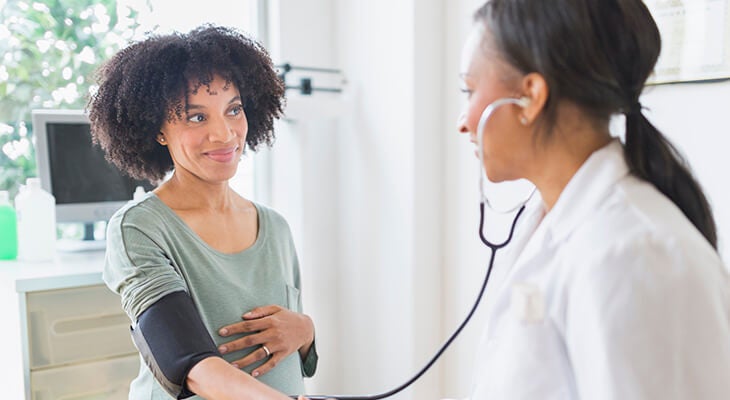 Left untreated, pre-eclampsia can lead to complications — even death — for mother and baby.

“Black women are more likely to develop pre-eclampsia and to experience poorer outcomes associated with the condition … in rare cases, death,” study authors wrote. HCUP is sponsored by the federal government’s Agency for Healthcare Research and Quality.

Symptoms of pre-eclampsia, also referred to as toxemia, include high blood pressure and protein in the urine occurring after the 20th week of pregnancy. Pre-eclampsia is estimated to complicate 3 percent to 6 percent of all pregnancies. The rate of pre-eclampsia in the U.S. has increased 25 percent in the past two decades, according to the American College of Obstetricians and Gynecologists. It is a leading cause of maternal and infant illness and death.

It is considered one of the most preventable causes of maternal death, according to the study.

Pre-eclampsia can prevent the placenta from getting enough blood. That reduces the amount of oxygen and food reaching the baby. Early detection and prenatal care contributes to healthy deliveries.

Pre-eclampsia often is treated with rest and blood pressure medication. The woman’s health care provider may want to deliver the baby as early as possible.

White women and Hispanic women had substantially the same rate of the disease. Asian and Pacific Island women had the lowest rate of any ethnic group.