The link between poor sleep and weight gain

The link between poor sleep and weight gain

When you don’t get enough sleep, hunger and appetite increase. 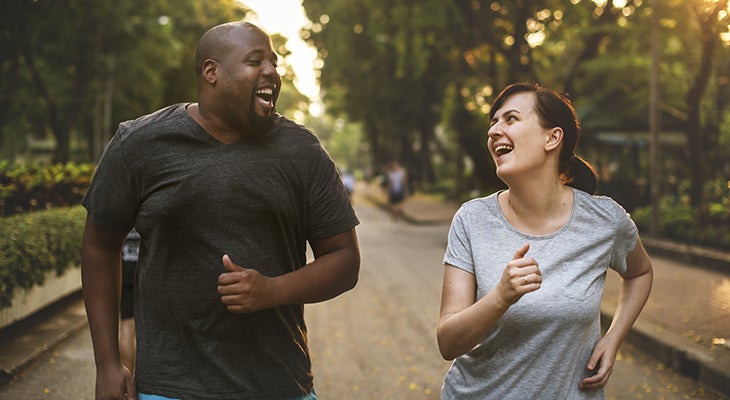 You’ve probably noticed that when you don’t get a good night’s sleep, the next day your whole routine is out of whack. Research has uncovered that part of this is due to an imbalance in metabolism caused by sleep deprivation. There’s a link between sleep and weight gain: When you don’t get enough sleep, hunger and appetite increase.

“This can lead to poor food choices, such as carb loading in order to get an energy fix,” said Meredith C. Sweeney, M.D., bariatric surgeon. “When that energy wears off, you’re back to feeling sluggish and looking for something to give you a boost again.”

The first stop should be your primary care provider before poor sleep starts affecting your health.

Find Primary Care Near You

A Slippery Slope to Obesity

Add feeling too fatigued for activity and exercise, and over time poor sleep becomes a slippery slope that can lead to obesity.

“Especially if you are trying to lose weight, getting enough sleep is critical to success. There’s strong evidence that sleep is the missing ingredient with people who are having difficulty losing weight,” Dr. Sweeney said. “Weight gain also can lead to sleep apnea, which creates another factor contributing to poor sleep.”

“The excess insulin makes you hungrier and tells the body to store calories as fat,” Dr. Sweeney said. “This can lead to Type 2 diabetes.”

The bottom line is when you get plenty of sleep, it’s easier to make healthier food choices.

Ready to leave 2020 and its extra pounds behind?

Ready to leave 2020 and its extra pounds behind?