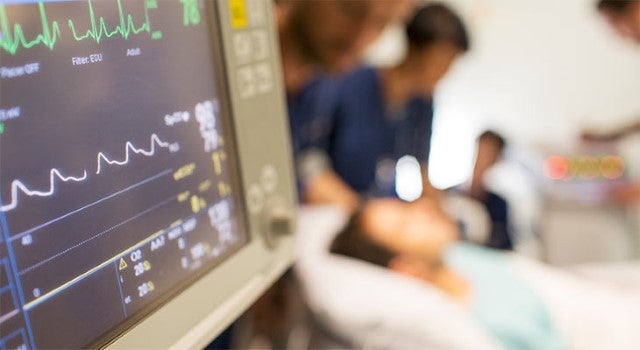 Among all treatments available to combat stroke, perhaps the most revolutionary is the drug alteplase, which is a tissue plasminogen activator also known as tPA. Basically, tPA is a “clot-buster.” It literally can stop a stroke as it is happening by breaking up the blockage and restoring blood flow to the brain.

tPA is the only FDA-approved drug for treatment of acute ischemic stroke. It originally was developed to treat heart attacks.

According to the American Stroke Association, tPA is the standard of care for the treatment of acute ischemic stroke.

“Administering tPA can significantly minimize and even reverse the effects of stroke if administered intravenously within the first 4.5 hours of the onset of symptoms,” said Nadeem Talpur, M.D., stroke neurologist with Norton Neuroscience Institute. “Our stroke centers are designated as such in part because of our proven ability to diagnose stroke and begin tPA treatment within minutes of patient arrival.”

Read how Dawne Gee avoided serious side effects of a stroke she suffered while on air thanks to tPA.

The American Stroke Association reports that fewer than 5 percent of people who might benefit from tPA reach the hospital in time to receive it, largely due to lack of knowledge about stroke symptoms and the need for urgent treatment.

“Having a general knowledge of stroke symptoms — sudden loss of balance or clear vision, facial drooping, slurred speech, trouble speaking or understanding, weakness or numbness on one side of the body — and knowing to call 911 immediately are critically important for the best stroke survival and recovery,” said Lynn Hundley, APRN, director of Clinical Effectiveness, Stroke Care.

Ischemic stroke patients who have missed the 4.5-hour window for tPA may still benefit. Norton Healthcare has technology that allows doctors to work inside blood vessels to remove the clot that is blocking blood flow in the brain. An experienced Norton endovascular neurosurgeon inserts a catheter — a soft, narrow, plastic tube — into an artery in the leg and guides it to the brain with the use of X-ray imaging. A device called a stent retriever is deployed through the blood vessel into the clot, and then the clot is pulled out with the device.

This advanced procedure, known as mechanical thrombectomy, allows patients to be treated for stroke either along with tPA or up to 12 hours after symptoms start on a case-by-case basis. Although these devices allow treatment in a longer window, this does not mean one should wait to seek treatment. Patients have better outcomes the earlier they are treated. For those suffering hemorrhagic strokes due to the rupture of an aneurysm, the same technique can be used to deposit tiny blocking agents, such as plastic balloons, or steel or platinum coils to stop the bleeding in the brain.