The secret to beating childhood cancer

The secret to beating childhood cancer 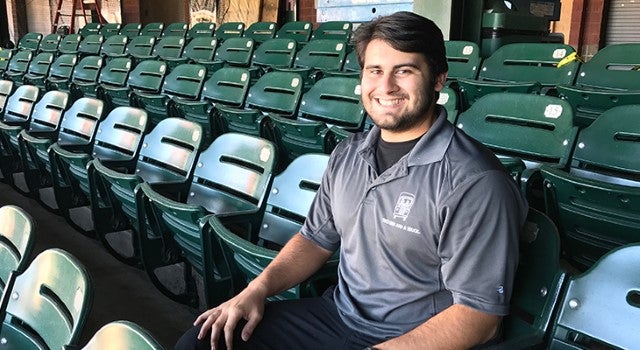 The 27th annual Festival of Trees & Lights is Nov. 11 to 13! Hosted by the Children’s Hospital Foundation, the weekend-long winter wonderland celebration would not be possible without the hundreds of volunteers who design and decorate holiday items and work behind the scenes to make it all happen. One of those volunteers is Lucas Taylor with Two Men And A Truck.

It was right around soccer season my junior year when I was 17. We were training to keep in shape following the season and I would come home every day after practice and go to sleep. I would sleep all day, wake up, eat a little food, and go back to bed. Sleep, eat and school. That’s all I would do.

And then a couple weeks later my symptoms started to worsen. The symptom that really got me, just a week after noticing I was getting worse, was waking up with red dots all over me. I called my mom at work and told her I had this rash. We went to the ER after she got off work and they checked my blood.

The nurse came back into the room and suggested that we go to the ER at the children’s hospital. It turned out that the rash was petechiae. It’s basically where you are overflowing with red blood vessels and they start showing up on the skin.

We got to the ER and it was packed. It would have taken us hours to be seen. But we told the secretary my name and we were taken right back to a room. This was when I knew something was wrong.

Once in the room, they checked my blood again. They came back into the room and asked my mom if she had anyone to call, so she called my stepdad. Once he got there, they took my mom and him out into the hallway. This was when they were told there was a 99 percent chance I had leukemia.

They came into the room to tell me. They came back shortly to confirm that it was cancer: acute lymphocytic leukemia.

I was immediately sent to the ICU for dialysis because my kidneys and liver failed. Eighty-six percent of my bone marrow was cancer. It was crazy. The next week was hard.

The best thing about it was my soccer team, my friends, family and teachers would visit. My principal would let students leave school early to come visit me because they knew I was alone.

Eight days after being diagnosed I was in remission. The doctors said it was a miracle. They had never seen anything like it.

During the cancer treatments, I didn’t think about school or soccer. I just thought about getting through the next day. But now, six years later, I am about to graduate from Indiana University Southeast with a major in criminal justice and a minor in psychology.

I stay in touch with the oncology staff that provided care for me while I went through my treatments. I reached out to them and hope that they will join me as I walk across the stage. I really want them to be there. They’ve been really supportive of me as I’ve gone through college.

When I heard that I was going to be helping the children’s hospital through the Festival of Trees & Lights with Two Men and A Truck, I was so happy.

Six years ago, I didn’t think I would be where I am now. I only thought about the next day, and the day after. I didn’t think about college, because I wasn’t sure if I was going to be able to do it. My high school worked with me, but I knew that college was different and I would have to be there.

I always had a positive attitude. The nurses would have me talk to younger patients. I would tell them how I felt and let them know that they were strong, to take it day-by-day, and that they were going to get through it.

My family and the people around me were so supportive.

My secret to beating cancer was always smiling and laughing. If I could laugh and joke about my situation, I knew that I would keep moving forward and get better. I wanted everyone around me to have that attitude, too.

Come to the Festival of Trees & Lights

Don’t miss the most festive way to help the children’s hospital! The festival runs Friday, Nov. 11, through Sunday, Nov. 13. Get more details.