Taking time off work can be difficult. Saturday colonoscopies remove one hurdle to stopping colon cancer. 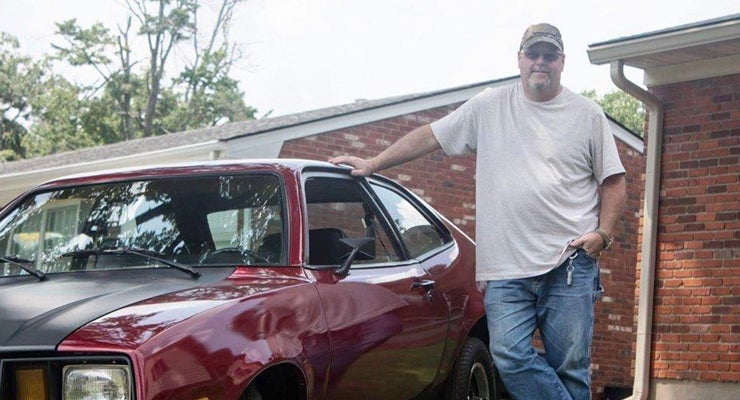 Steven Michael Kane will never forget June 23, 2018. It was a Saturday. Mike, as family and friends know him, was getting a screening colonoscopy. He felt great and had no reason to worry, or so he thought.

“That test saved my life,” he said. “My doctor told me later if I had waited another few months my story might have had a very different ending.”

Gregory L. Juhl, M.D., Norton Surgical Specialists – St. Matthews, performed Mike’s colonoscopy, which revealed cancer that had not yet caused any symptoms. Dr. Juhl was subsequently able to remove the cancer, and Mike has required no chemotherapy or radiation treatment. He does get regular follow-ups and will have future surveillance colonoscopies.

Mike, who works at Zoom Group as a job coach with adults who have disabilities, shared what led up to his incredibly timely test.

When he turned 50 in October 2017, he knew he should get screened for colon cancer, but like many others he put it off. By early June, when he tried to schedule a screening, he learned there would be a four-month wait.

His wife, Sue, is a medical coder at Norton Healthcare. She remembered hearing Norton Cancer Institute had begun offering screening colonoscopies on Saturdays. A quick call to (502) 446-WELL (9355) and Mike’s June 23 appointment was all set.

According to the American Cancer Society, people are generally aware that colon cancer screening is important and that catching colon cancer early increases survival rates. Yet taking time off work can be a barrier to getting tested, especially for anyone earning hourly wages, when lost time means lost pay.

“Losing pay wasn’t the big issue for me; it was losing the time to give those I work with the direct support they need,” Mike said.

Dr. Juhl, medical director for Norton Women’s & Children’s Hospital, said there are myriad reasons why people over age 50 do not get screened for colon cancer.

Ready for a colonoscopy?

We’re here for you, even on weekends. Schedule a colonoscopy online or with one phone call.

“It is a time commitment, so having a Saturday option for scheduling a screening colonoscopy definitely creates more opportunity for people who face scheduling conflicts.”

In 2018, from the time Saturday colonoscopies were launched in May through December, 93 people took advantage of weekend screenings. An additional 40 are scheduled through February 2019. For now, the tests are being done at Norton Women’s & Children’s Hospital, but more locations are planned.

Mike treasures being a husband, dad and grandfather. He loves God and country. He enjoys the outdoors, classic muscle cars and hot rods. At his Fern Creek home he barbecues mouthwatering ribs, burgers and chops, and posts photos on social media with the tagline: Fix’n to get good.

If a movie director were looking for a man to play the role of “all-around good guy people would trust to speak the truth,” Mike would be a great choice.

So believe Mike when he says, “All you people over 50, especially men like me, you need to get over it. Wake up and get a colonoscopy.”