When cancer changes a family forever

When cancer changes a family forever 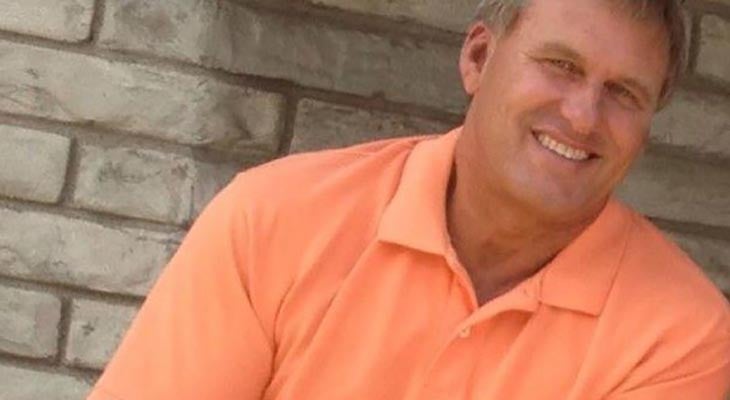 On April 1, 2013, we sat in an ear-nose-throat doctor’s office thinking that Jeff had pulled a muscle in his neck from playing basketball with our son. The doctor had told us the previous Friday that he was sure that is what Jeff had done. When he came in that morning and told us that Jeff had a huge mass on his lung, we were in shock.

Help local families in the grips of cancer

Even if you have not personally been affected by cancer, chances are you know someone who has. The Bike to Beat Cancer is a fundraising event for Norton Cancer Institute. 100 percent of proceeds stay in our community to help cure cancer and eliminate suffering.

Register to ride on Saturday, Sept. 17, or find out about other ways you can make a difference in our community at BikeToBeatCancer.org.

Dr. Terence Hadley came in and promised us that he would not leave the hospital until Jeff was out of pain. He kept that promise. What an amazing doctor. I love and adore him. We spent 27 days in the hospital and were loved and cared for by an amazing group of doctors. Dr. Hadley and David Figge, APRN, were the two care providers that Jeff and I really came to love. They walked with us in such a caring and loving way. They were always cheering us on.

The staff at Norton Cancer Institute was incredible. We came to love them and felt as if they were part of our extended family. I mean, when you are fighting for your life with people, you become close.

On Dec. 31, 2013, Jeff died from the cancer. The outpouring of Norton Healthcare faces we saw at his funeral was amazing.

Not long after Jeff had been gone I called my friend at Norton Healthcare and said that I would like to still be a part of this great group of people. I longed to help other families that are battling cancer. I was introduced to the Norton Cancer Institute Patient and Family Advisory Council, and I serve on that council today.

I have created a ministry called “In His Grip” in Jeff’s honor. One of the prongs of this ministry is going to be cancer care. Jeff and I had such a large group of people caring for us because of our huge church family at Southeast Christian Church. My question is what happens to the families here in Louisville that don’t have people to cut their lawns or care for their pets or have meals prepared for them while they are battling cancer? This is what I plan for our ministry to help Norton Cancer Institute do.

Norton Cancer Institute has the most amazing group of caregivers I have ever met, and they are changing the lives of people battling cancer.