The tie between A-fib and alcohol had shown longer-term effects, but this study showed drinking could trigger A-fib almost immediately. 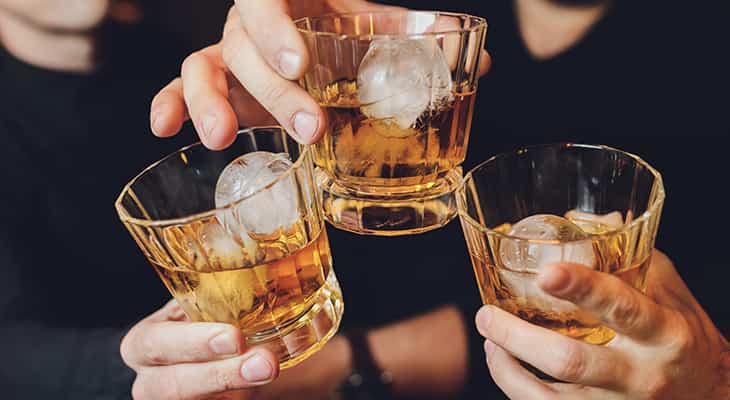 A recent study of atrial fibrillation (A-fib) and alcohol found patients with intermittent A-fib would have episodes within hours of drinking. The study in Annals of Internal Medicine provided more evidence that A-fib patients could improve their condition by drinking less.

This was the first study to show and measure the real-time relationship between alcohol and A-fib episodes. Other studies have established a link between drinking and developing A-fib and that abstinence could improve symptoms.

The most recent study found that the effect of drinking on A-fib is almost immediate and that the more alcohol consumed the greater the risk of an episode.

“This further confirms what we’ve known about the tie between A-fib and alcohol,” said Tara Mudd, APRN, nurse practitioner with the Atrial Fibrillation Clinic, part of the Norton Heart & Vascular Institute Heart Rhythm Center. “Even those who drink moderately can greatly improve their A-fib symptoms by further limiting or eliminating alcohol from their diet altogether.”

The 100 study participants who had reported consuming one or more drinks per month wore an alcohol sensor on their skin and an electrocardiogram device that continuously monitored their heart. For four weeks, study volunteers would press a button on their device to mark each drink consumed. The individuals also underwent periodic blood testing to help corroborate their self-reported drinking.

A-fib and alcohol can trigger episodes in hours

The study found that the chances of A-fib episode doubled in the four hours following a single drink. Two or more drinks increased the risk by threefold. For every 0.1% increase in blood alcohol over the previous 12 hours, the odds of an A-fib episode increased about 40%.

According to the study’s authors, other factors, including genetics, gender, race/ethnicity and environmental factors also could play a part in how A-fib and alcohol interact.

For those already dealing with A-fib, this highlights the importance of working with your health care provider to assess your risk of more progressive A-fib and devise strategies to help manage the condition.

The team of providers, including nurse navigators, will create a custom treatment plan that could range from monitoring and medication to evaluation for advanced treatment options like hybrid ablation. The Atrial Fibrillation Clinic is part of the Norton Heart & Vascular Institute Heart Rhythm Center.