Barry Barmore was feeling a little sluggish, but his annual checkup revealed much more. 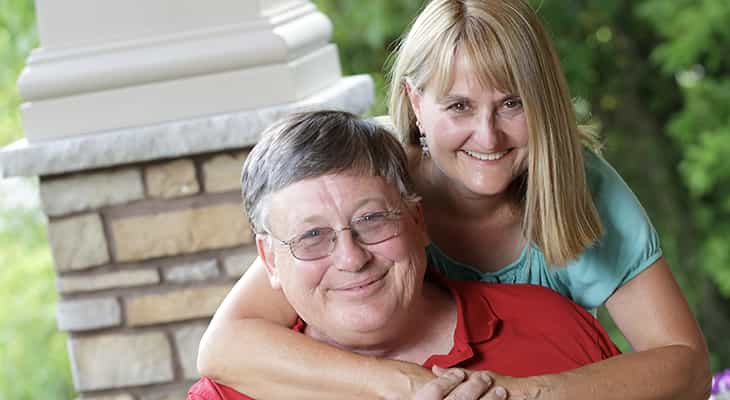 Barry Barmore had been getting his annual physicals, and the routine had become familiar. Blood pressure, reflexes, lots of poking and prodding.

“I never expected to hear anything serious from my exam,” Barry said.

His primary care provider, Alice H. Johnson, M.D., at Norton Community Medical Associates – Audubon East LL2, listened through her stethoscope and didn’t like what she heard — atrial fibrillation or A-fib. The upper chambers of Barry’s heart, the atria, were out of sync with the lower chambers, the ventricles.

“I was shocked. I had no idea there was something major going on,” Barry said. “I had been feeling tired, but I thought that was because I was getting old. Had I not gone to the physical, this probably would not have been detected and I wouldn’t be here today.”

Care everywhere you are

Annual checkups are an important part of staying healthy for years to come.

Dr. Shugoll ordered tests and imaging that showed Barry had a bicuspid aortic valve that was causing his A-fib. A valve in Barry’s heart that regulates blood flowing out to his body had two flaps instead of three. It’s a condition he inherited and that often goes undetected until adulthood.

With a bicuspid aortic valve, blood doesn’t move through the heart as easily and actually can flow backward. Sometimes surgery is needed to repair the aortic valve.

READ MORE: Study of atrial fibrillation (A-fib) and alcohol shows chance of an episode increase dramatically within hours of drinking

Barry also had a large aortic aneurysm. The bulge in his aorta could cause internal bleeding and burst, leading to death.

From an annual checkup to open heart surgery

In November 2019, Barry underwent open heart surgery to contain the bulge in his aorta with a sleeve. Surgeons also etched a maze of scar tissue onto the outside of his heart to interrupt the irregular heart rhythm (the A-fib). That would be enough to address his condition without having to go inside his heart to address the bicuspid aortic valve.

Barry is feeling like his old self again. His wife, Robin, is glad she encouraged Barry to get his annual exam.

“Scheduling an annual visit with your primary care provider allows us to catch issues as quickly as possible,” Dr. Johnson said. “Patients often underestimate the importance of these exams. We want to get ahead of issues. Preventive care is always the goal.”