Epilepsy patient gets precise diagnosis, the right treatment and a return to his life | Norton Healthcare Louisville, Ky.

Epilepsy patient gets precise diagnosis, the right treatment and a return to his life

Epilepsy patient gets precise diagnosis, the right treatment and a return to his life

With the Louisville man’s issue pinpointed as temporal lobe epilepsy, doctors went to work on an effective treatment. 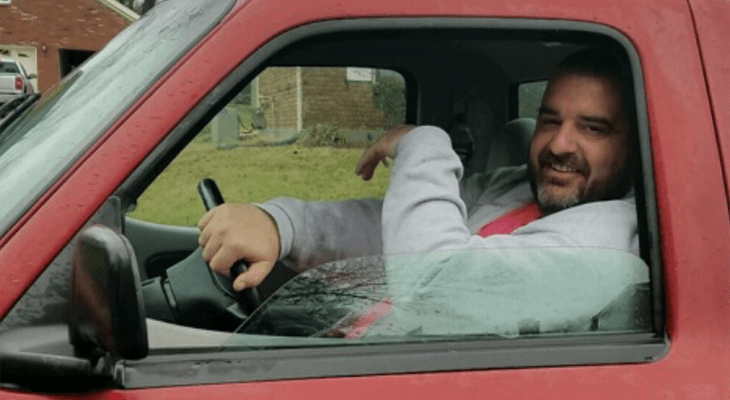 Brandon Miller was loving life. Until it came to a screeching halt.

On Jan. 7, 2007, Brandon sped down the Gene Snyder Freeway. He quickly approached something in the middle of the road — a couch had fallen off a vehicle. The 25-year-old swerved and, in an instant, his life changed forever. His truck flipped and he was ejected. His body tumbled across the asphalt. He then laid there. Motionless.

“I’m lucky to be alive,” Brandon said, reflecting on that fateful day. “I broke so many bones, tore organs, lost a lot of blood. How I made it — I still don’t know.”

After a month in the hospital and intense rehabilitation, Brandon appeared to be on the road to recovery. He was walking and returned to work. He even thought about getting back into golf, the sport he’d played since his time at Fern Creek High School. But fate had something else in store.

A year after his accident, Brandon again found himself on the ground.

It was a seizure.

He had developed epilepsy, which occurs when the normal network activity of the brain is hijacked by abnormal parts of the brain. Injury is one of many possible causes of epilepsy.

“I’d never experienced a seizure,” Brandon said. “It was terrifying.”

And they started getting worse. Before long, Brandon was having multiple seizures a day. Because of the condition, he lost his job. Driving also was out of the question. He couldn’t even play a round of golf.

“I spent my days on my mom’s couch,” he said. “I had nothing, and I was extremely depressed.”

Related: 4 facts you should know about epilepsy

A diagnosis of temporal lobe epilepsy

In summer 2014, Brandon found his way to Norton Neuroscience Institute. He had heard about their success in treating people with epilepsy.

“I had two neurologists before coming to Norton that did nothing but throw medicine at the problem,” he said. “Never once was there any kind of testing done to see what the root of the problem was, but literally my very first appointment at Norton Brownsboro they told me something I never imagined I would ever hear. I was told, ‘Brandon, give us a little time and some testing, and we’re going to get you back to your old life.’ I was sold!”

Neurologists diagnosed him with temporal lobe epilepsy. It’s the most common form of focal (partial) or location-related epilepsy. It accounts for approximately 60 percent of all people living with the disease.

They had more options. Brandon was referred to David A. Sun, M.D., Ph.D., a neurosurgeon who specializes in epilepsy surgery.

“Brandon had gone through a lot,” Dr. Sun said. “We were committed to helping him.”

Dr. Sun told Brandon he was a candidate for a temporal lobectomy, a surgery that can lower the number seizures, make them less severe or even stop them from happening. During the operation, the surgeon removes some of the part of the brain where most seizures start. Using images, special microscopes and an electroencephalogram (EEG) that records brainwaves, the surgeon zeroes in on and cuts out the source of seizures.

For Brandon, the choice to have surgery wasn’t difficult.

“If it was going to help stop my seizures, I was willing to do it,” he said.

In July 2016, Dr. Sun performed Brandon’s surgery at Norton Brownsboro Hospital. Brandon was home in a matter of days.

A life-changing decision was the right choice

The National Association of Epilepsy Centers has recognized Norton Neuroscience Institute as a Level 4 Epilepsy Center, meaning you’ll receive the highest level of medical and surgical evaluation and treatment for complex epilepsy.

Brandon admits he didn’t know what the outcome of the surgery would be. But it was better than he could’ve imagined.

“I haven’t had a single seizure since the surgery,” he said. “It’s been two years.”

Turning his life around

After 10 years of depression and feeling useless, Brandon has a completely different outlook. Now 37, he’s back to driving; he’s looking for work; and he’s even picking up the golf clubs again.

“Literally one of the happiest days of my life was the day I was cleared to get my license back,” Brandon said. “For me, that was my independence.”

With the help of doctors and the incredible support of his family, Brandon’s future is looking bright. He’s still taking a couple of seizure medications, which Sondra hopes to wean him of in the coming years.

“He’s doing incredibly well,” she said. “We’re so happy with the progress he’s made.”

“I can’t thank Norton enough for everything they’ve done for me,” he said. “My life was on pause for 10 years, but now I’m back.”