This is your year to run the Kentucky Derby Festival miniMarathon! | Norton Healthcare Louisville, Ky.

This is your year to run the Kentucky Derby Festival miniMarathon!

This is your year to run the Kentucky Derby Festival miniMarathon!

And we’re here to help you 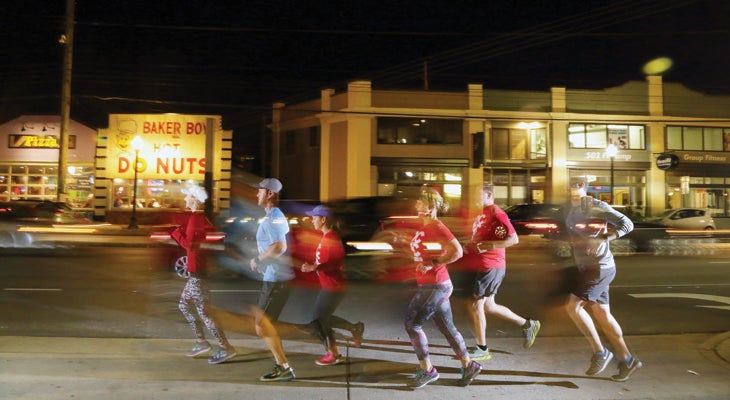 It may be winter, but countdown to the Kentucky Derby Festival has begun!

Admit it — don’t you get a little dreamy about making this the year you actually run the mini or marathon?

You are not alone. Around 15,000 people participate in the races each April. And Norton Sports Health’s training program is your biggest champion in getting you across the finish line.

This year, the training program has a new face leading it: Stephanie Fish. She couldn’t be more fit for the role of training program coordinator. Before becoming the cross country team head coach at Louisville Collegiate School, she was the University of South Carolina’s mascot, “Cocky.” (And before that, her high school mascot.)

“I actually wasn’t a runner until I became ‘Cocky,’” Fish said. “I started running to improve my endurance as mascot.”

That’s when she realized she found her niche.

“I can’t play sports, but I can run. Just about anyone can run,” she said. “You don’t have to be the fastest one out there. You just do what feels good to you.”

After moving to Louisville, Fish became a Kentucky Derby Festival Marathon/miniMarathon race ambassador and then pacer. Both prepared her for her role as training program coordinator.

“The race ambassador is a motivational role. You have to encourage people to sign up and train, as well as assist them with anything they need along the way so they have a successful race,” she said. 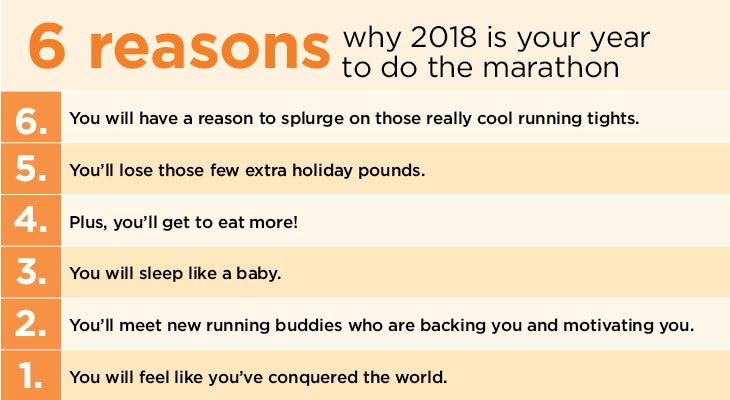 If you have a desire to run (or walk) the mini or full marathon, you don’t have to be competitive. You just have to have the will to do it for yourself.

“It’s all about setting simple goals. Start with walking or running a mile, then two, then three,” Fish said. “Then you make it about getting up a big hill, and so on.”

The training program is for everyone — from those who don’t regularly exercise to those who have completed races in the past. It is for walkers, runners and those who want to do some of both. Twice-weekly group runs/walks include hill training, distance runs/walks and track training to help with pacing. Participants also receive a guide that outlines individual training outside of the group runs. It also provides tips for eating right to fuel training and avoiding injuries.

“The main excuse I hear from people who are reluctant to sign up for a race is the time commitment,” Fish said. “You have to be in the mindset that you will put in the time, but you don’t have to follow the training program to a T. If you miss a day, it won’t throw your training off. Just get back to it the next day.”

Fish also says every run won’t be amazing, and every mile won’t feel amazing. But there is nothing like the sense of achievement — mentally, physically and spiritually — when you complete the challenge.