‘The screening saved my life. If you’re a former smoker, you need to know about this.’ 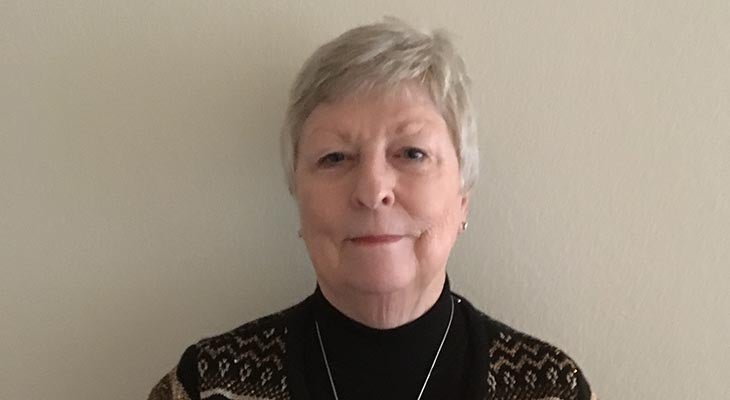 Margaret Taylor, 72, started smoking as a 14-year-old growing up in Tell City, Indiana. It became an addiction of at least a pack a day that lasted a total of 46 years.

“Things were different back then, and it’s just what you did,” she said.

She was what you would call a heavy smoker, smoking at least a pack a day for at least 30 years. She finally quit in 2007.

A retired nurse, Margaret credits a simple screening for detecting her lung cancer before it had gotten past the early stages. She now tells everyone she knows about this important test.

Margaret had three friends diagnosed with stage 4 lung cancer within six months of each other. All had smoked, and none had any symptoms of lung cancer. One had a swollen lymph node in the neck. One was thought to have allergies that caused swelling in the face. The other’s was found by accident. They all died.

Shortly afterward, she saw an ad in the newspaper. The ad, coupled with the friends’ deaths, caused Margaret to ask her primary care provider if he could refer her to Norton Healthcare for a screening.

“I didn’t have any symptoms, but I knew I should check,” she said. “I go to the gym every day. I wasn’t short of breath, and I wasn’t coughing.”

She had her first screening at Norton Healthcare, which was clear, and continued screenings for the next three years. Then two small nodules appeared. Three months later the nodules had changed, and Margaret had surgery in February 2019 with George J. Mikos, M.D., cardiothoracic surgeon with Norton Cardiothoracic Surgery. The nodules were cancerous.

Nationally, the American Lung Association reports that only 21.5% of lung cancers are caught at an early stage, which is when the cancer is most treatable.

A recent report from the American Cancer Society shows that from 2016 to 2017, cancer deaths declined 2.2%, with lung cancer deaths also declining. Kentucky also is seeing a drop in deaths attributed to lung cancer. Lung cancer screenings can help make these numbers decline even more.

“Because of the screening, my cancer was caught early,” Margaret said. “I didn’t have to have chemo or radiation, but I will keep going back for scans. So far the two I’ve had have been clean.

“The screening saved my life. If you’re a former smoker, you need to know about this.”

A computed tomography (CT) scan of the lung is painless, noninvasive and fast. The scans are available at Norton Cancer Institute’s Comprehensive Lung Center for individuals at high risk for developing lung cancer. You may be a candidate if you are age 55 to 74 and are a current smoker or have a 30-pack-year smoking history. This means you smoked one pack a day for 30 years, or two packs a day for 15 years, etc.

You also may qualify for a screening if you have a family history of lung cancer or have signs or symptoms of lung cancer. Talk to your physician to determine if you should have a screening.

Most insurance companies cover the cost of a lung cancer screening. Medicare Part B also generally covers the screenings for those who meet the criteria above. A physician referral is required.