Putting the brakes on Alzheimer’s disease

Putting the brakes on Alzheimer’s disease

Keeping your brain busy may not stop Alzheimer’s, but it can stave off symptoms. 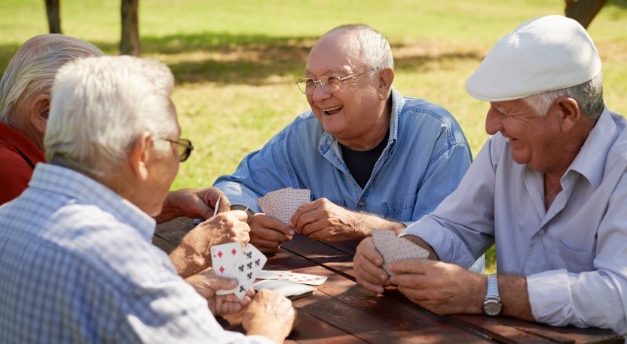 Alzheimer’s disease has been compared to everything from a ruthless thief to a raging wildfire — one taking away everything and one destroying everything in its path. While science and medicine work to find answers, no sure-fire ways are yet known to prevent or cure this irreversible disorder that now affects someone in the United States every 67 seconds.

A Mayo Clinic study recently published in the American Academy of Neurology’s online journal echoes other research that points to keeping your mind busy during midlife as a way to help delay the onset of Alzheimer’s symptoms. However, these researchers caution their findings show that “lifestyle enrichment” activities do not prevent physical brain changes related to Alzheimer’s, such as the hallmark build up of amyloid plaque seen in most cases.

Key facts from the Alzheimer’s Association

Carmel J. Person, M.D., internal medicine physician with Norton Community Medical Associates – Geriatrics, said it’s not uncommon in our society for people to feel a sense of lost worth and purpose as they age. The loss can feel more profound for those who face dementia or other disorders that can decrease brain function and motor skills.

“We’re not likely to halt the progression of Alzheimer’s with word puzzles, however staying engaged in cognitive and physical activities can sometimes decrease symptoms of agitation and restlessness for dementia patients,” Dr. Person said.

She added that consistent, meaningful human-to-human interaction can improve quality of life and even help lessen the need for certain medications.

In their study of almost 400 people age 70 and older, the Mayo Clinic researchers did a brain scan of each participant to identify physical signs of Alzheimer’s. To assess the role of mental and physical activity in staving off Alzheimer’s symptoms, they collected data from questionnaires in which participants reported how often they had done light to heavy physical work or exercise between the ages of 50 and 65. They also estimated how often they read, played games or musical instruments, or took part in hobbies or social groups.

According to the Alzheimer’s Association, various studies have shown that keeping your brain busy can help slow dementia symptoms. Some research has found that anti-Alzheimer’s benefits may be even greater from activities that pair brain action with physical action.

Dancing (moving and memorizing line dance steps), juggling and playing a musical instrument are all good examples of ways you can work out your memory and muscles at the same time. Throw in the fact they’re fun and increase opportunities to interact with others, and you get a triple win.

“Staying busy is good if it serves a purpose,” Dr. Person said. “People of all ages need opportunities to engage and be part of activities that bring value to their lives.”