Denny now wants everyone to know the signs of stroke and the importance of getting immediate treatment. 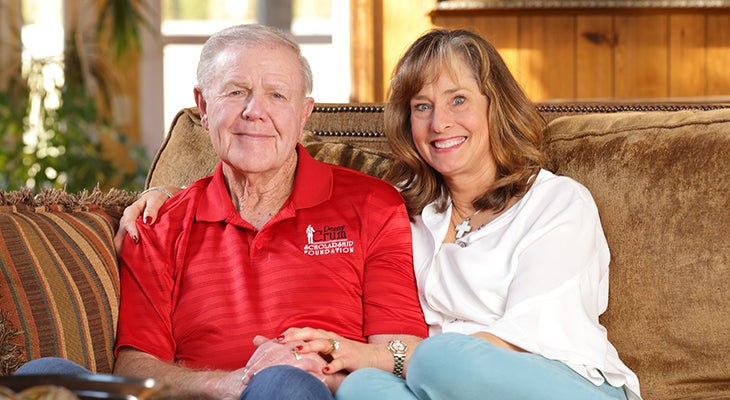 During his 30-year coaching career at the University of Louisville, legendary Basketball Hall of Famer Denny Crum was prepared for the toughest matchups on the court. Off the court, two strokes in two years not only caught him off guard but proved to be a formidable opponent. Now, one year after his debilitating second stroke, Denny is back in coach mode sharing the plays that saved his life.

Denny’s first stroke occurred in 2017 during a fishing trip in Alaska.

“I stood up in the boat and I just collapsed; I blacked out,” he said. Fortunately, Denny’s fishing guide knew he needed to get help right away — a feat, given the group was hours from the nearest hospital. The guide called 911 and began rowing the boat to the nearest point where a helicopter could land. A medevac crew met them and took Denny to the nearest hospital, about a 15-minute flight.

“In a vehicle, it would have taken two hours minimum,” Denny said. “I don’t know what the outcome would have been if it had taken that long. Knowing now it was a stroke, time is of the essence.”

In the hospital, Denny received a lifesaving drug called alteplase, or tPA, which dissolves blood clots. It was successful in restoring blood flow to his brain.

“With acute ischemic stroke, sometimes a clot lodges in the brain vessels and blocks life-giving oxygen from flowing,” said Nadeem A. Talpur, M.D., Denny’s neurologist at Norton Neuroscience Institute in Louisville. “Administering tPA can significantly minimize and even reverse the effects of stroke if administered within the first three hours, ideally, of the onset of symptoms.”

Without any lasting side effects from his stroke, Denny flew back to Louisville after a few days in the hospital. But the stroke wasn’t going to keep him from his love of the great outdoors. The day after he returned home, he was out deer hunting.

The second time, his wife was there and knew what to do

Aside from atrial fibrillation (or A-fib), a common heart rhythm issue that can increase the risk for stroke, which Denny took medication for, he was in otherwise good health and led an active life. That’s why his second stroke in May 2019 came as a shock.

“I woke up that morning and didn’t think anything was wrong,” he said. “I started talking to my wife, and she said, ‘You’re not making yourself clear.’ I could talk, but nobody could understand me. At that point, she said we’ve got to get you to the hospital.”

After Denny’s first stroke, his wife, Susan, had educated herself about the signs: face drooping, arm weakness and speech difficulty. Denny went to Norton Brownsboro Hospital, which is prepared to treat the most complex stroke cases and certified as a Comprehensive Stroke Center.

“This time Denny had suffered a brain bleed, called a hemorrhagic stroke, for which tPA would not help,” Dr. Talpur said. “Many times, surgery is indicated, but in Denny’s case he was able to recover on his own.”

The bleeding was in the upper left side of Denny’s brain, which affected the right side of his body, especially his right hand. It also affected his ability to swallow. He spent about a week in the hospital followed by inpatient and outpatient rehabilitation.

“This stroke was a whole lot tougher than the first one,” he said. “The thing that bothered me most is I couldn’t communicate.”

Don’t put off getting stroke care

Part of Denny’s recovery included getting a Watchman device, a heart implant that can lower the chance of a blood clot forming due to A-fib.

The Watchman device allowed him to stop taking blood thinners. While he doesn’t have the energy he used to, he confesses, with a grin, to skipping workouts.

For now, Denny is staying safe at home, although he has gotten back to fishing close to home. He worries for those who put off stroke symptoms for fear of catching the coronavirus.

“The most important thing is immediate care. I think if you downplay that, then you’re probably going to be behind the eight ball,” he said. “You may recover and you may not, or you may have all kinds of other side effects.”

Denny continues to make progress with the effects of his stroke — and he knows how lucky he is.

“If my wife wasn’t paying attention to my symptoms and didn’t take me to the hospital as quickly as she did, I don’t know what would have happened,” Denny said. “I probably would have died.”

A cesarean section (C-section) can be an essential, lifesaving surgery during labor and delivery, with more health risks for a mother compared to a vaginal birth. “Even though all C-sections have some health risks, I [...] 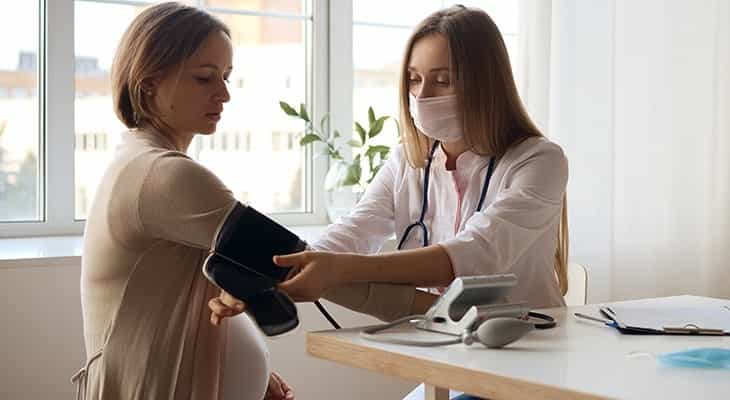 Norton Healthcare again has been recognized as one of the best places to work in health care in the country. Becker’s Healthcare released its “150 Top Places to Work in Healthcare | 2022” list in […]

Sore throat have you seeing red?

It’s that time of year for many in our region: sore throat season. If you have red streaks in your throat, pain or swelling in the throat or other symptoms, you may wonder is it […]

Each of Norton Healthcare’s four adult-service hospitals in Louisville received an “A” grade in the spring 2022 Leapfrog Hospital Safety Grade. This national distinction recognizes each facility’s achievements in protecting patients from preventable harm and […]