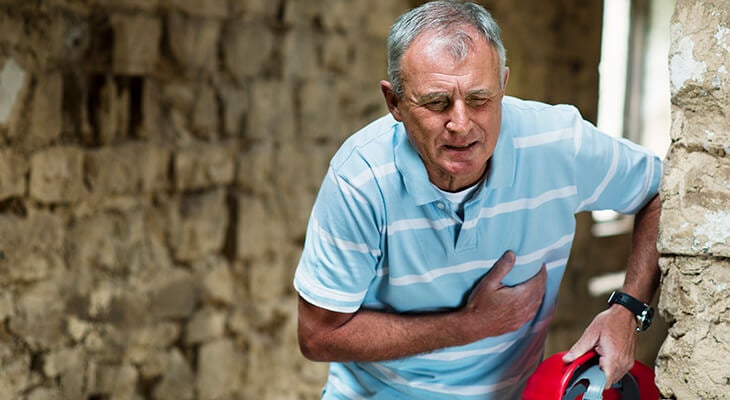 The long-awaited question as to how Jack Pearson died on the hit NBC show “This Is Us” was finally answered. Viewers had expected Pearson (played by Milo Ventimiglia) to die in a house fire. As it turned out, the fire was only part of the story.

Viewers learned Pearson suffered a type of heart attack known as a “widowmaker.” Wondering what exactly this is?

“This refers to a blockage in a very specific area of the heart,” said Rodney M. Miguel, M.D., cardiologist with Norton Heart & Vascular Institute. “Historically, the survival rate is low and it is more common in men, coining it as a widowmaker because it leaves wives without their husbands.”

A widowmaker is a blockage in the left anterior descending (LAD) artery — the largest of three arteries that supply blood to the heart. It typically becomes blocked very quickly and deprives the heart muscle of oxygen-rich blood. This sets off a chain of events that often leads to sudden cardiac arrest.

Regardless of the type of heart attack, symptoms are similar and can include:

“If someone is demonstrating signs of a heart attack, fast action and getting to the nearest emergency department is crucial,” Dr. Miguel said. “Diagnostic cardiac catheterization and a treatment plan can be started while the patient is in route to the hospital by ambulance.”

On the television show, Pearson would have suffered his heart attack in the late 1990s. Since then, medical advancements have improved the odds of surviving a heart attack. In addition, better awareness of symptoms paired with quick delivery of appropriate advanced care has underscored a dramatic improvement in heart attack survival rates.

Even with medical advancements, the widowmaker heart attack is still deadly. Taking steps to be heart healthy at an early age can help prevent a life-ending or life-threatening heart event. Know your numbers, such as blood pressure, blood sugar and cholesterol, and have an established relationship with a primary care provider.

Hospitals work directly with Emergency Medical Services (EMS) to begin lifesaving treatment as soon as a patient is in transit in an ambulance. The American College of Cardiology sets standards for treatment and quality measures when it comes heart attack treatment. All four Norton Healthcare adult-service hospitals have met these clinical standards and are certified as Cycle V Chest Pain Centers, the highest certification for a health care system.