What age can you get breast cancer? | Norton Healthcare Louisville, Ky.

Yearly screening mammograms are not recommended for most until age 40. Most patients under 40 who learn they have breast cancer usually sought an exam because they have felt a lump or noticed other changes to their breasts. 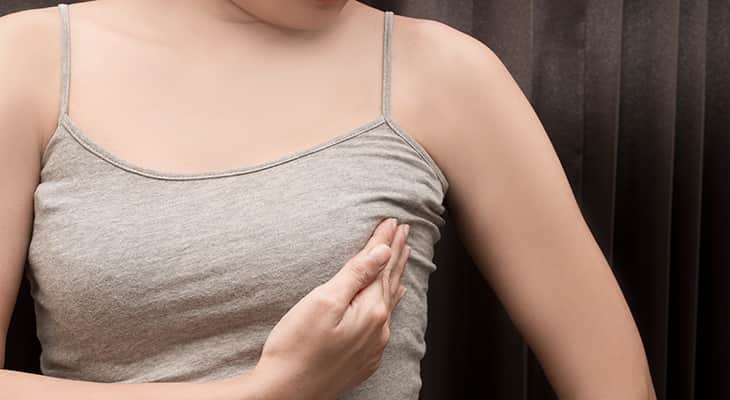 Laura Chamberlin first noticed a lump in her breast when she was a graduate student living in Seattle, Washington. She mentioned it to her primary care doctor, who told her not to worry.

After moving to Louisville a year later to work as an art therapist, Laura went to an urgent care clinic for an ear infection. She mentioned the lump and was referred for a biopsy. Laura was 28 when she learned she had breast cancer.

“It was definitely a shock,” Laura said, though the diagnosis didn’t feel real until she had made the difficult calls to family and friends to give them the news.

Patients under 40 like Laura make up 5% of breast cancer cases.

If you’re not old enough for a mammogram, self-exams can aid early detection

Yearly screening mammograms are not recommended for most until age 40. According to Dr. Kute, most patients under 40 who learn they have breast cancer usually sought an exam because they have felt a lump or have some other reason to suspect the diagnosis.

Dr. Kute’s advice to those under 40 is to talk to about breast cancer with their health care provider, who has sophisticated calculators for determining risk. Monthly self-exams to check for lumps are an important part of early detection that can significantly improve the chance of surviving breast cancer. 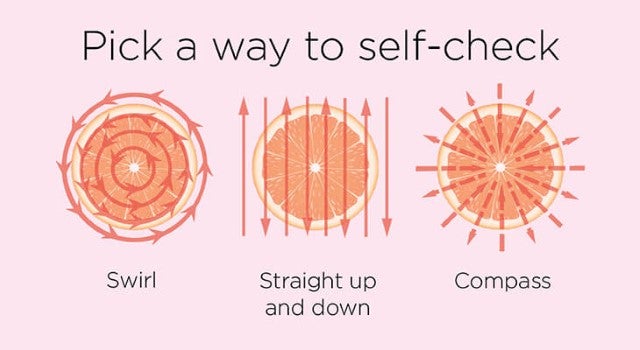 If a patient goes to their health care provider with a palpable lump, breast pain or nipple discharge, often they are evaluated by a primary care provider first and then would have breast imaging, including a diagnostic mammogram and ultrasound, according to Dr. Kute. If a specialized breast radiologist is concerned with the imaging findings, then a biopsy or additional imaging may be recommended, since not all breast masses that can be felt are cancerous.

Lifestyle also plays a role in breast cancer, and only 10% to 15% of breast cancer is hereditary, according to Dr. Kute. While there are certain risk factors that can’t be changed, she recommends reducing risk by maintaining a healthy weight, eating a well-balanced diet, exercising 2½ hours per week and consuming no more than one alcoholic drink per day.

Younger patients diagnosed with breast cancer are in a different place in their lives than those who are older, according to Dr. Kute. Many are starting new careers, are newly married or in new relationships, haven’t yet had children or have small children — all posing a different set of challenges.

Edie Wooton was 40 when she felt a lump high up under her rib cage. Edie’s children were 7 and 5 when she began her treatment at Norton Cancer Institute.

Breast health at any age

“They were little bitties. It was rough,” said Edie, who underwent chemotherapy followed by surgery.

Never too young to check on yourself

Even though Edie’s mother had died of breast cancer not long before her diagnosis, Edie learned her breast cancer was not hereditary. Edie’s treatment was successful, and the self-employed grant writer is now more than five years cancer free.

To stay in shape and have fun, she has joined a competitive dragon boat paddling team, made up of fellow breast cancer survivors.

Her advice to others: “I don’t think you’re ever too young to be checking on things. I don’t think you can be vigilant enough. I think you really need to understand your body and find people to talk to so you have that support system.”

Laura, who underwent a double mastectomy at age 29, said some people are more likely to dismiss symptoms or second-guess themselves when they’re young. Like Edie’s, Laura’s breast cancer was not genetic.

Laura used art to help herself relax and stay grounded through the trauma, anger and grief at being diagnosed with cancer so early in life. Now 38, Laura works as an expressive art therapist at Norton Cancer Institute.

“There’s this pressure to be a ‘cancer warrior’ — to be brave and do it with a smile,” Laura said. “People don’t need that added pressure. We don’t say that about heart disease or diabetes.”

Through art, Laura hopes to help patients process feelings like those she experienced as a young breast cancer patient with an uncertain future.