Certain types of cancer usually respond well to chemotherapy, radiation oncology and other treatments. But if a patient doesn’t respond to chemotherapy or the cancer returns, CAR-T cell therapy can offer patients a new treatment option. 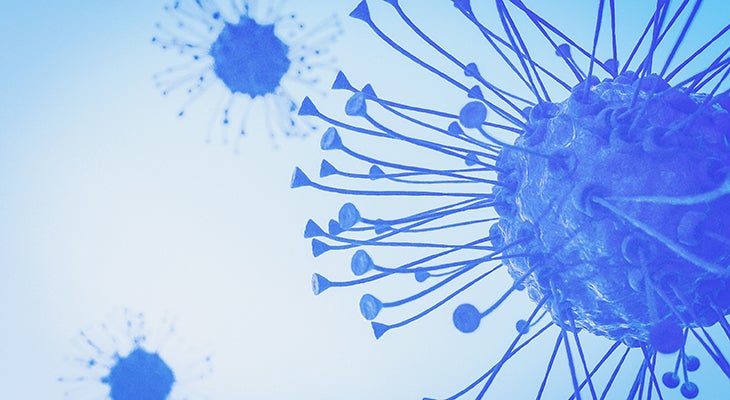 CAR-T cell therapy takes advantage of the body’s immune system to fight off cancer, much like it does already to kick the common cold and other types of illness.

Our bodies don’t always fight off cancer naturally because the cancer cells actually masquerade as healthy cells, and the immune system lets them go on to grow and spread.

Treatments that adjust the immune system to fight cancer are known as immunotherapy. At Norton Cancer Institute, researchers and clinicians are trying new ways to make immunotherapy even more effective using chimeric antigen receptor (CAR) T cells to lift the mask that cancer cells hide behind.

CAR-T cell therapy is currently in use as a standard treatment at Norton Cancer Institute, following Food and Drug Administration (FDA) approval, to fight some forms of non-Hodgkin lymphoma that haven’t responded to other treatments or have recurred. Recent FDA approval for CAR-T cell therapy includes mantle cell lymphoma, which is a particularly fast-growing blood cancer that has been resistant to conventional treatments.

Don A. Stevens, M.D., medical oncologist with Norton Cancer Institute, is among researchers around the country who have been investigating additional CAR-T cell therapy uses through clinical trials to fight lymphoma. He is encouraged by what he has seen.

“We hope to look at expanding CAR-T’s use for other blood cancers, including myeloma and acute leukemia,” Dr. Stevens said.

The next generation of cancer care is being developed at Norton Cancer Institute through research and clinical trials.

Certain types of cancer usually respond well to chemotherapy, radiation oncology and other treatments. But if a patient doesn’t respond to chemotherapy or the cancer returns, CAR-T cell therapy can offer patients a new treatment option.

T cells (T lymphocytes) have a range of functions, including killing foreign particles and activating other immune cells. After a sample of a patient’s T cells has been collected, the cells are given the gene for chimeric antigen receptor, which the cells then develop on their surface. With this receptor on the surface, the T cells bind to cancer cells and kill them.

“We’ve enrolled patients in several CAR-T trials and have several others we expect to start in the coming year,” Dr. Stevens said. “There are actually several existing CAR-T treatments that have been approved outside of clinical trials, and we’re excited to bring these to our patients.”

A cancer research program this robust is uncommon in a nonuniversity-based community hospital setting. The Norton Cancer Institute research program’s success hinges on a wide array of clinical and scientific expertise, a strong support infrastructure and multidisciplinary, integrated teamwork.

Clinical trials are vital tools in the fight against cancer. These have become an important link in determining the best new treatments and how therapies are best administered. Cancer represents the single largest segment of Norton Healthcare’s portfolio of more than 800 clinical trials.

Stimulating the immune system in this way also causes the body to produce cytokines that can trigger inflammation, very high fever, respiratory distress, a drop in blood pressure or damage to the brain. It is critical that the medical team administering CAR-T cell therapy is capable of recognizing these side effects quickly and is prepared to provide appropriate treatments.