Beyond the Pap smear: What you need to know about new cervical cancer screening guidelines | Norton Healthcare Louisville, Ky.

Beyond the Pap smear: What you need to know about new cervical cancer screening guidelines

Beyond the Pap smear: What you need to know about new cervical cancer screening guidelines

Pap smear still advised every three years if you are under age 30; three options proposed for ages 30 to 65. 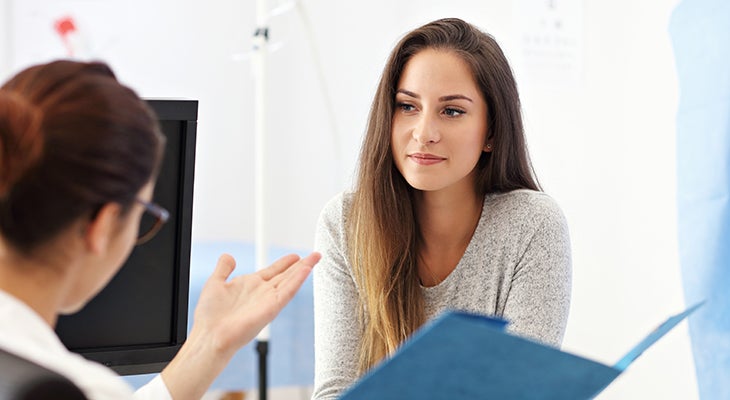 A panel of government-appointed experts has updated its guidelines with new cervical cancer screening options for women ages 30 to 65. For women in this age group, the U.S. Preventive Services Task Force now recommends three options:

Keeping with its past guidelines, the task force continues to recommend that women ages 21 to 29 should be screened every three years using a Pap test (also called a Pap smear).

David L. Doering, M.D., gynecologic oncologist with Norton Cancer Institute, said it is important to understand screening recommendations and guidelines are about analyzing and evaluating risks and benefits on a large scale across numerous tests. Overscreening can lead to false positives and unnecessary procedures, but underscreening can lead to a missed chance to catch early abnormal changes before they become cancerous.

“We know that stage one cervical cancer is relatively easy to treat with good outcomes. After stage two, cervical cancer is harder to treat, plus the risk of spread goes up as the stage of cancer goes up,” Dr. Doering said. “The ultimate goal of screening is to detect lesions in the pre-invasive phase, when they are easily cured, with very little risk of complications or side effects.”

According to Dr. Doering, the new guidelines (published in the journal JAMA) raise some concerns. For one thing, the false positive rate for HPV testing alone is yet unknown. For another, they conflict with current American College of Obstetricians and Gynecologists guidelines, which advise against HPV testing alone.

Who can forgo screening?

The task force recommends against cervical cancer screening for women under age 21. Also, the group does not recommend HPV testing for women ages 21 to 29. This is because HPV infection is common in this age group, but such infections often are able to clear on their own.

Women over age 65 can skip annual screening if they have had adequate prior screening and have no history of being at high risk for cervical cancer.

Screening is not recommended for women who have had a hysterectomy with removal of the cervix and no history of a high-grade precancerous lesion or cervical cancer.

Norton Women’s Care offers a complete range of services with an emphasis on caring for the whole woman.

By most measures, cervical cancer screening in the United States qualifies as a real success story.

The task force emphasizes that for women ages 30 to 65, getting screened on a regular basis is far more important than which of the three recommended screening approaches is used.